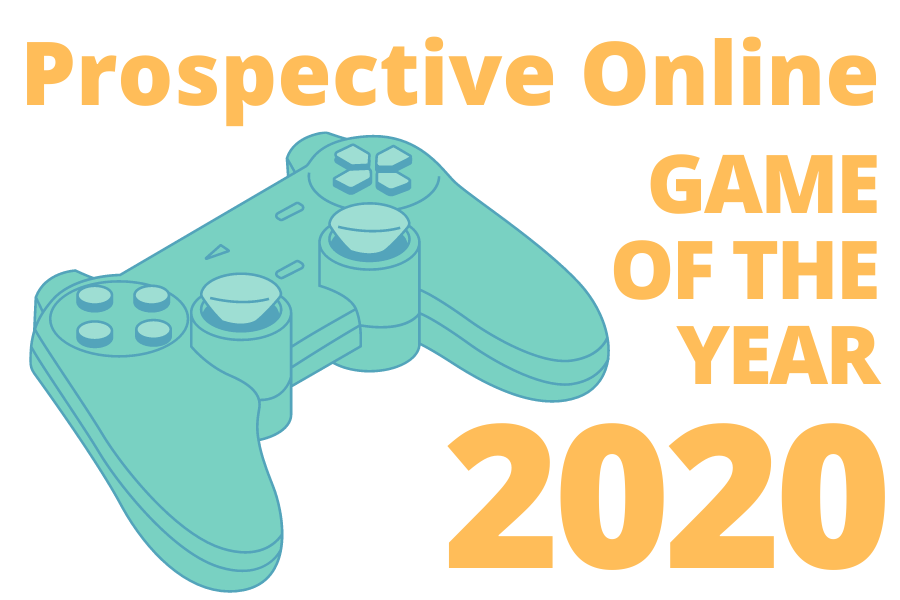 Prospective Game of the Year 2020

The students of Bryant High School, like students across the nation, have relied on video games to help them through the pandemic, giving them safe entertainment from the comfort of their own homes. Because games have played such a key role in the lives of students this year, the Prospective staff has decided to pay homage to how each of these games has given us something to look forward to.

Originally, murmurs around the game that is now “Spider-Man: Miles Morales” were that the developers of the smash hit “Spiderman” on the Playstation 4 were developing a new DLC involving Miles Morales, the friend of Peter Parker who got spider powers in the first game. When it was first announced, though, it was as a game. Despite that, it still feels like a DLC add-on to the original. It improves in several ways, mainly improving upon the swinging and style of Miles. That is certainly one thing to appreciate about this game: Miles Morales is his own character, not just a re-skin of Peter Parker. Beyond just the gameplay, though, the world is tiny. Compared to the first game’s vast New York that felt alive, this New York is relatively peaceful. The majority of missions involve swinging around a building, webbing a pipe shut, then finding another pipe to web shut. And on top of that, the story is underdeveloped, with cardboard characters that don’t stick around long enough to develop anything more than a few passing personality traits. There is also the issue of price. This game is not worth the $50 that is charged, and there are several more options on this list that will get you more bang for your buck. Still, though, it remains a fun game that certainly will help you become Spider-Man and make you feel cool while doing it.

“The Last of Us, Part II” is a fun, intriguing game that relies too heavily on its story, which falls apart once scrutinized beyond surface level. It, much like the Final Fantasy VII Remake, has a bad habit of using key emotional moments and characters from the previous game as an easy story tool, somewhat cheapening them in the process. This game is also the perfect example of Ludo-Narrative dissonance, or where the game’s theme tells the player something that is completely contradicted by the gameplay. While the theme is one of mercy and forgiveness, you spend the entire game killing innocent people, sending mixed messages to the player. Overall, though, the game is a solid piece of art that realistically continues the world of the first game.

It would be criminal not to mention the game that probably carried the most of us through the pandemic: “Animal Crossing: New Horizons.” This game, a real-life simulator that has you exploring an island and building your home, is a perfect sampler for the rest of the series, which has been adored by more casual players. With all of the decorating and landscaping options, you can truly make the island your own. This game is a solid, fun time-waster that was released at the perfect time to give players a bit more agency in their lives.

“Hades” is a game of mythological proportions. Supergiant Games took the Greek myths we love, Hades and Persephone, Orpheus and Eurydice, Achilles and Patroclus, and gave each of them a truly inspired twist to breathe new life into the characters. Zagreus, the protagonist and the son of Hades, is trying to escape hell, and the game perfectly develops themes of family, emotional vulnerability, and home. Though the gameplay can become monotonous at points, the creative dialogue and poppy art style are more than enough to keep players engaged in Zagreus’s struggle for freedom.

When SuckerPunch Studios first showcased their ambitious game “The Ghost of Tsushima,” the internet went wild with speculation. The gameplay and cinematics looked fresh and inspired, a tribute to the great Japanese filmmaker Akira Kurosawa. But the problem was, most games look much better in advertisements than they actually are. This is not a problem at all with “Ghost.” The game is beautiful, with each and every frame looking like a painting. The tools that the protagonist Jin Sakai uses are real weapons that were used in 1300s Japan. The attention to detail in every thread in every piece of armor is very clear, and the dynamic recreation of the islands of Tsushima perfectly feature a pristine landscape stained with blood. The game’s story, though predictable at times, tells a tale of family and honor, and asks which is more important: the ideals you live by, or the practical, more effective ways of keeping the ones you love safe? With realistic, if idealized, portrayals of Samurai and Shinobi combat, the player gets to decide that for themselves. Considering its beautiful landscapes, consistently fun combat, and its compelling protagonist, there is no doubt that this game is one of (if not the very best) games of this year.