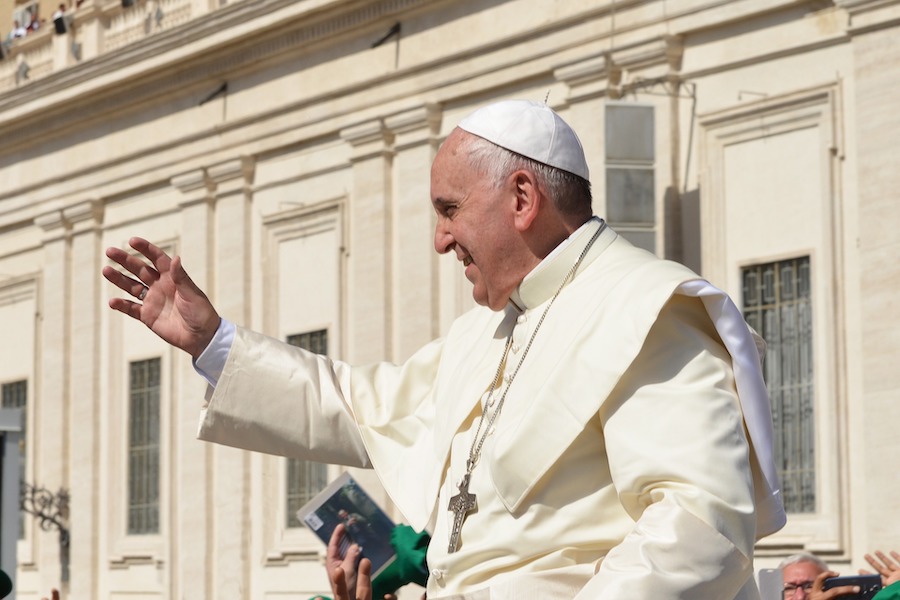 The documentary Francesco made its debut at the Rome Film Festival Oct. 21. Filmed by Evgeny Afineevsky, it features recent interviews with Pope Francis that cover touchy subjects that Francis is passionate about, including the legality of same-sex marriage.

Francis made comments on the LGBT+ community within the Catholic church, claiming that “what we have to create is a civil union law. That way they are legally covered.”

There are also reports that Francis privately supported same-sex civil unions as early as 2010, when he was the archbishop of Buenos Aires, but the Catholic News Agency disputed that claim in 2013.

Francis stated in the book “On Heaven and Earth,” published in 2013, that equating same-sex marriage and heterosexual marriage would be “an anthropological regression,” and that if same-sex couples were able to adopt, “there could be affected children… every person needs a male father and a female mother that can help them shape their identity.”

Francis now claims in the documentary that “homosexual people have the right to be in a family. They are children of God. You can’t kick someone out of a family, nor make their life miserable for this.”

Francis’ latest claims are at odds with traditional Catholic teaching. In 2003, the Vatican’s doctrinal body claimed that “homosexuality is a troubling moral and social phenomenon” and that “legal recognition of homosexual unions… would mean not only the approval of deviant behaviour, but would also obscure basic values which belong to the common inheritance of humanity.”

Junior Mia-Simone Parker, a member of the Cathedral of Saint Andrew’s in Little Rock, was more than happy to hear of the Pope’s recent announcement.

“When I was growing up [in the Catholic church], this was not something you talked about,” Parker said. “It was really refreshing [to hear] Pope Francis was so open and trying to change the teachings of the Catholic church, especially those so rooted in hate.”

In response to Francis’ statements in the documentary, Bishop Thomas Torbin of Providence, Rhode Island stated “the pope’s statement clearly contradicts what has been the long-standing teaching of the church about same-sex unions. The church cannot support the acceptance of objectively immoral relationships.”

These statements have caused a split within the Catholic church, although the Vatican’s press office has released no statements on this matter.

The initial reaction for Father Erik Pohlmeier, the director of the Faith Formation Office, Permanent Diaconate Formation and the Continuing Education of the Clergy for the Catholic Dioceses of Little Rock was to look deeper into the information that had been released.

Pohlmeier said the reaction from the Catholic community in the Little Rock area was that of “surprise and uncertainty.”

One main uncertainty from this new documentary stems from the fact that the question posed to Pope Francis is not heard by the viewers.

“People assume he is just stating what he thinks, but that is not a correct assumption,” Pohlmeier said. “If he is responding to a specific question, that changes the wording significantly.”

The film made its debut in North America Oct. 25 at the Savannah Film Festival.