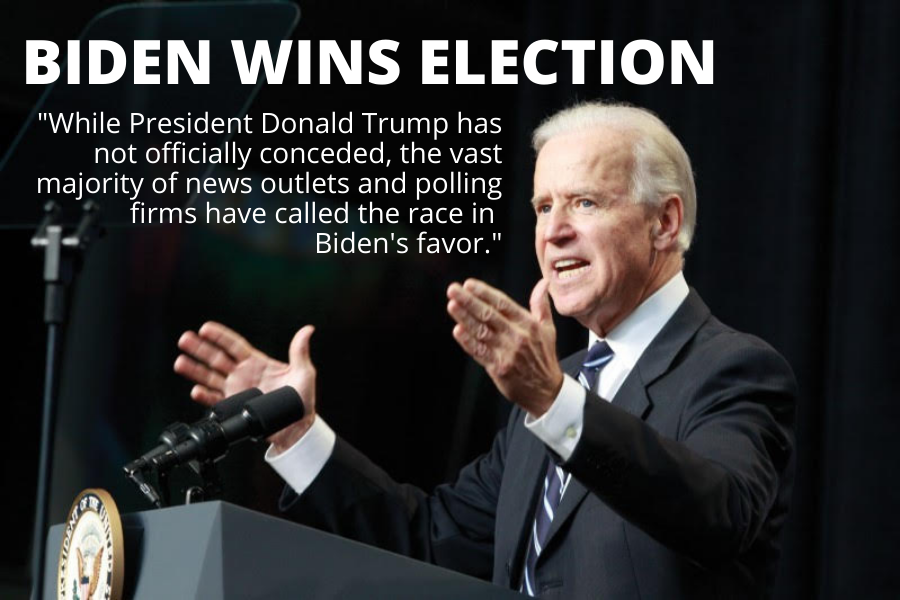 Joe Biden, along with running mate Kamala Harris, has won the 2020 United States Presidential Election. While President Donald Trump has not officially conceded, the vast majority of news outlets and polling firms have called the race in Biden’s favor.

“I am humbled by the trust and confidence you have placed in me,” President-Elect Biden said in an acceptance speech. “I pledge to be a president who seeks not to divide, but to unify, who doesn’t see red and blue states, but a United States and who will work with all my heart to win the confidence of the whole people.”

The two have already gotten to work, establishing a transition team as well as a new coronavirus task force that will include Dr. Rick Bright, a pandemic expert who was fired after criticizing President Trump’s response to the virus.

Many supporters of the President have alleged that the Biden campaign committed voter fraud, though there is no evidence of any fraud. Others maintain that votes are still being counted in some states, though even if Trump were to win Nevada, Georgia and North Carolina, he would still trail Biden’s electoral vote count, giving Biden the win. Biden and Harris will be inaugurated Jan. 20, 2021.