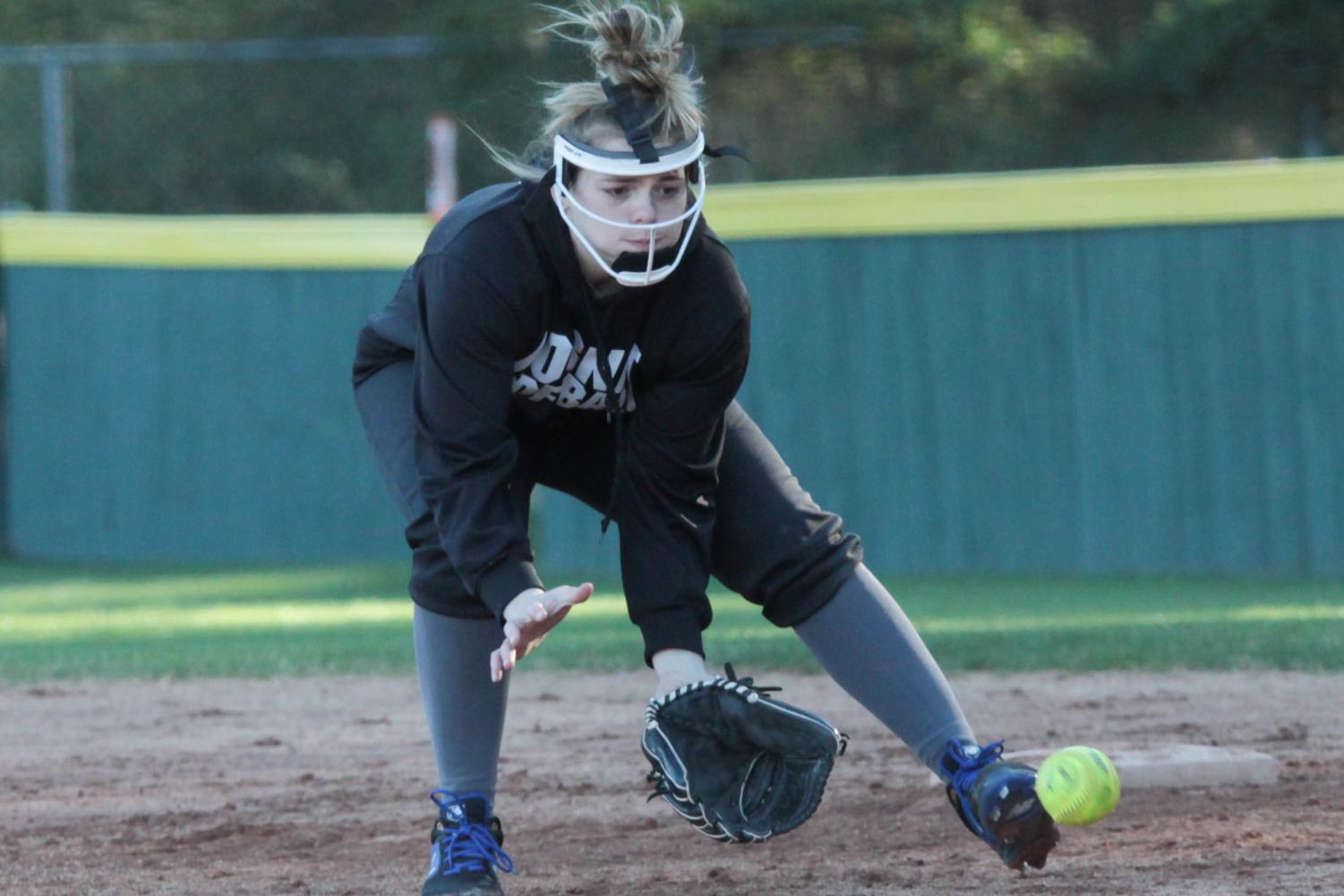 This story was written prior to the COVID-19 outbreak and was intended to be released in our March print issue; the remainder of the softball season has been cancelled.

When the school year began in August, the Lady Hornet softball team hit the ground running. Off-season consisted of weightlifting and workouts on Mondays, Wednesdays and Fridays and team practice on Tuesdays and Thursdays. Daily practices, along with workouts twice a week, began after Christmas break. The players are expected to be ready for practice at 2:50 p.m. and are usually done at 5:30 p.m..

They will kick off their season Feb. 27 in a non-conference game against White Hall. As in any sport, there are many variables that can dictate the team’s success this season. The softball team is looking at a tough schedule for 2020, including many non-conference games.

Head coach Lisa Dreher is aware of the variables but is optimistic that her players will be able to fight through them.

“I feel like we will get a lot better as the season continues,” Dreher said. “We have a lot of young players this year, so I feel like we just need a little time to grow.”

Because of the new Junior High, freshman athletes ride a bus to the high school for practice every day. While many players were worried about how this would affect the team dynamic, Dreher has noticed little change.

“I don’t think the freshmen being off campus has had much of an impact,” Dreher said. “They are usually ready for practice by the time the high schoolers get down to [to the field]. Also, I think the upperclassmen have done a good job of helping [the freshmen] mold into the team.”

From pushing them in the weight room to on the field, Dreher and assistant coach Eric Ryan prepare the softball team for their upcoming season. Senior Joely Calhoun believes that Dreher and Ryan’s different personalities and coaching styles have helped mold her into a well-rounded athlete.

“The way Coach Dreher coaches me is not the same way Coach Ryan coaches me,” Calhoun said. “Coach Dreher is the one who puts the most pressure on me to be the best I can be, and Coach Ryan is hard on me throughout practice but picks me up afterwards. He usually reassures me that I really am a good player and I have what it takes.”

Aside from team goals, many players have individual goals for the season. After Dreher encouraged her learn how to hit from the left side (known as “slapping”), Calhoun struggled to pick up the skill and began to lose confidence in herself. This year, Calhoun plans to keep improving offensively and become a better overall hitter.

“Last year, I was not strong offensively,” Calhoun said. “I was hitting in the nine hole, and I was not at my best. This year, I have been working hard, and I have made adjustments that work best for me. I have gained a lot more confidence already.”

Like most high school sports teams, the softball team’s main goal this year is to win the state championship. However, Dreher pushes her players to create small goals in order to accomplish their main one.

Along with the other seniors on the team, senior Avari Allen is hoping to push past the season’s obstacles to ensure the season goes as smoothly as possible. Allen feels that this can be accomplished by encouraging the underclassmen to work hard.

“I think the only thing that could keep us from being our best is not playing for the better of the team and not communicating,” Allen said. “It is my senior year, and I want everyone to give it their all to make sure it is a good year.”

“I think if we push ourselves to be better than we were the day before, we’ll accomplish our goal of winning state,” Allen said. “We have to work as a complete team to play a complete game.”