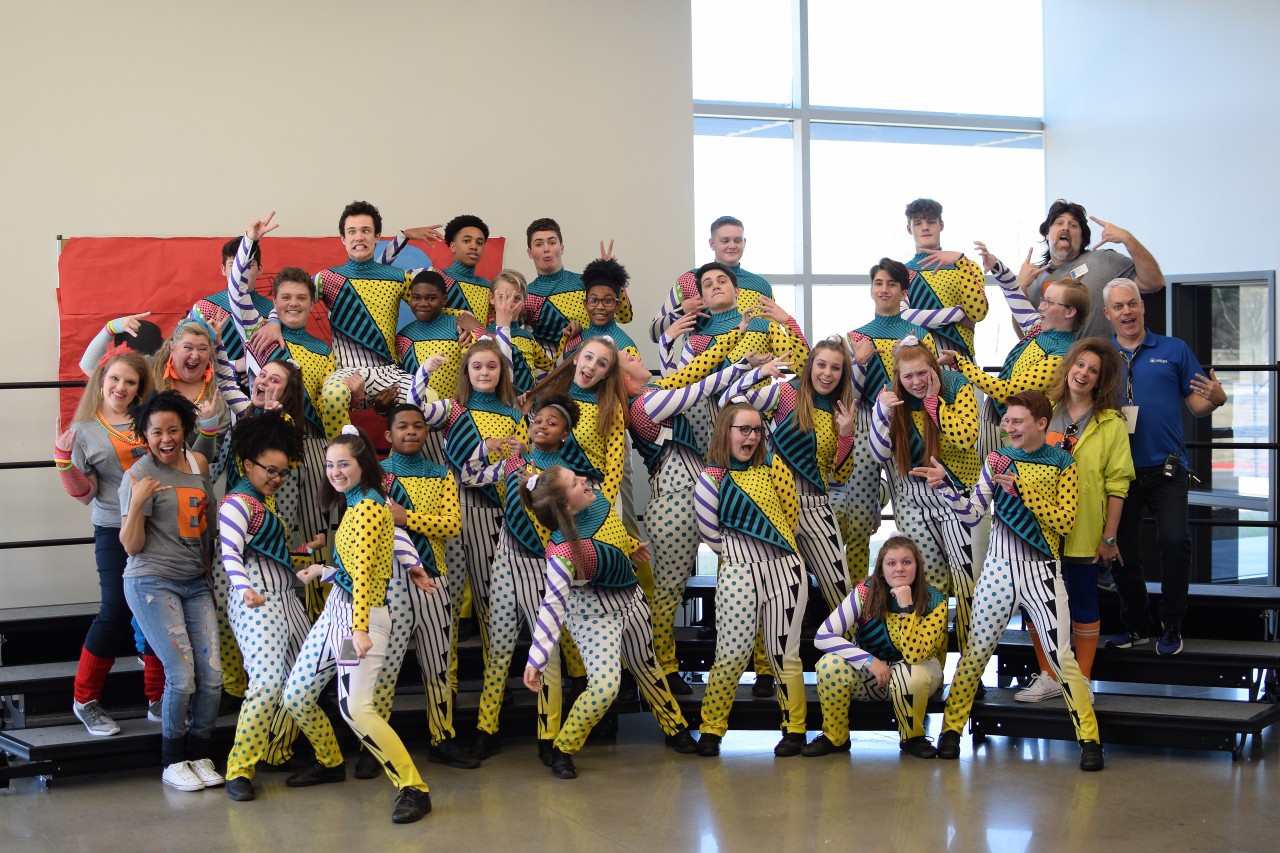 This story was written prior to the COVID-19 outbreak and was intended to be released in our March 2020 issue; the remainder of the BHS indoor percussion season has been canceled.

A chorus of banging and clacking rings out from the new Bryant Fine Arts Facility. The sticks hit the drums and are back into the air in a fraction of a second. Every beat is performed with precision, and the exhaustion is visible in the faces of the percussionists. Indoor Percussion season has begun, and Bryant is in it to win it.

With neon suits that are dripping with a distinct 80’s flair, the group intends to stand out among the competition to win. Director Jay Chipman draws on nostalgia to fine-tune their show.

“The theme is ‘Innovations of the 80s!,” Chipman said “The concept for the show came from two areas of thought. One, I wanted to do a show that was pure, outrageous fun with a whole lot of cheese on top. Two, I wanted to provide a small, albeit interesting opportunity for the students to explore the decade of success and excess.

“Personally, I grew up in the 80s,” Chipman said. “I remember the extreme fashion sense, loud clothes, MTV, big hair, stacked synthesizer sounds, blazing guitar solos and mullets. It was the coolest thing in the world, as I recall, so why not live in it again for four and a half minutes?”

They have an assortment of competitions coming up, with some performances outside of the state.

“We have several dates where you can catch our show,” Chipman said. “Feb. 28 is the Friends and Family Performance at 7 p.m. in the BJHS Gym. Feb. 29 is the Bryant Indoor Invitational, and though the exact time is soon to be announced, we will perform the show twice, once in the morning and another in the afternoon. March 14 is the Kickapoo High School Invitational in Springfield, Missouri. At Siloam Springs High School, the Championships are April 11.”

Sophomore Taylor Bumann, who moved to Bryant this year, enjoys the vibrant and welcoming atmosphere as the team prepares for competition.

“It’s very fun, and our show’s theme helps with that,” Bumann said. “We get to dance, run, and jam out to some pretty fun music. The environment is nice and the people are friendly. They were very welcoming to me when I came to this school, and there are also more opportunities here to get involved, and I think that’s cool.”

With their competition season creeping around the corner, Chipman encourages students to come to competitions to cheer on the group and to see the spectacle for themselves.

“Let’s just say that the 80s had some of the most ‘rad’ and ‘totally awesome’ technology of its kind,” Chipman said. “I don’t want to give away too much this soon, so you’ll just have to come out and catch a show.”