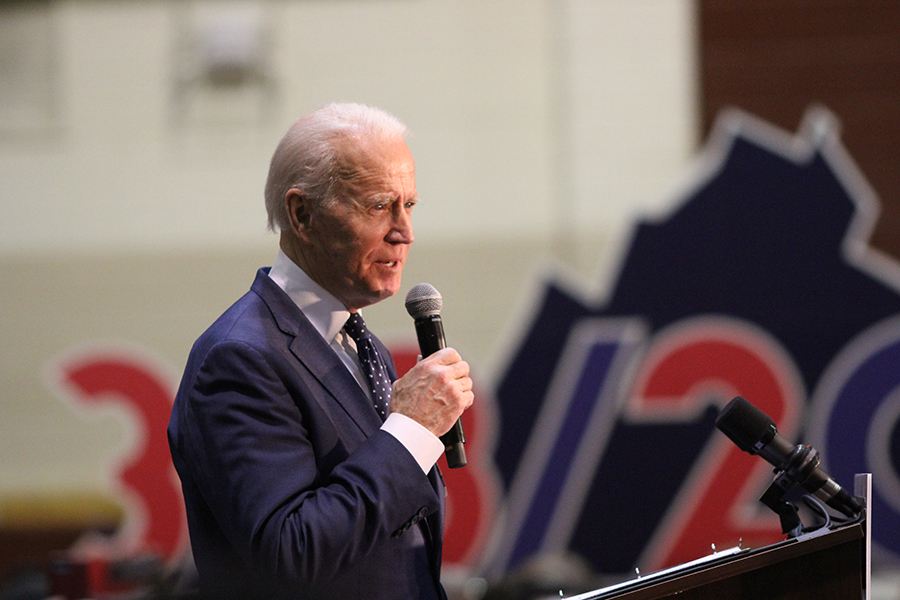 1,357 delegates were up for grabs March 3, also known as Super Tuesday, as 14 states and the territory of American Samoa held their primary elections. Super Tuesday was particularly  significant for the Democratic Party, as the results lay out each candidates’ projected road to the final ballot.

Although Vermont senator Bernie Sanders has been the frontrunner of the Democratic presidential candidates in delegate counts, former Vice President Joe Biden took the lead after a sweeping victory in Southern states.

While Sanders performed well in the delegate-rich state of California and his home state of Vermont, along with Colorado and Utah, Biden reigned victorious in Alabama, Arkansas, Maine, Massachusetts, Minnesota, North Carolina, Oklahoma, Tennessee, Texas and Virginia. Overall, Biden accumulated 670 total delegates with Sanders following behind with 574 delegates as of March 10.

In order to advance as a Democratic presidential nominee, a candidate must secure 1,991 delegates.

Bloomberg, who spent a quarter of a billion dollars to run his campaign and stream ads, made it to 58 delegates before dropping from the race. Joining Pete Buttigieg and Amy Klobuchar, Bloomberg endorsed Biden after ending his presidential run.

Warren has yet to announce an endorsement, but many on social media have called upon her to support Sanders, as they both led progressive campaigns built on fighting corruption and implementing reform.

After school on Super Tuesday, social studies teacher Will Heatherly hosted a watch party for the primaries in his classroom, inviting his students to come and bring food and beverages. His 11 month old Cocker Spaniel, Collins, made a surprise appearance, distracting many of the attending students from the night’s political events.

“There were many people happy to see him,” Heatherly said. “He was nervous [since] there was a lot of noise. But after he calmed, [senior] Maxton [Preuninger] brought him a puppy latte from Starbucks.”

Although Collins was a charming addition to the watch party, Heatherly’s main goal in hosting the event was to increase engagement  with current events and politics among his students.

“I try to get students to understand that elections are not things that happen to other people, they are part of a process,” Heatherly said. “Even if they are not 18 yet, I want them to have an idea that at some point, they will be a decision maker in this country.”

Youth voter turnout is considerably low across the nation. According to NPR.org, the percentage of voters between the ages of 18 and 29 that made up the primary votes did not exceed 20% in any Super Tuesday state.

Sanders’ campaign largely relies on the participation of young voters, but the underwhelming turnout of young voters at the polls could toughen his path to the final ballots. At a news conference in Vermont, Sanders acknowledged voter apathy among young adults and the challenge of inciting them to participate in elections.

“Have we been as successful as I would hope in bringing in young people in? And the answer is ‘no,’” Sanders said. “We’re making some progress, but historically, everybody knows that young people do not vote in the kind of numbers that older people vote.”

Heatherly aims to get students to recognize their own importance in domestic affairs in America, such as local and presidential elections.

“I hope the kids who come to these watch parties see that they can take a hand in that decision-making process,” Heatherly said. “If they can sit down for just 30 minutes and just think about the fact that they can have influence in how their world looks, that’s worth giving up a night off.”