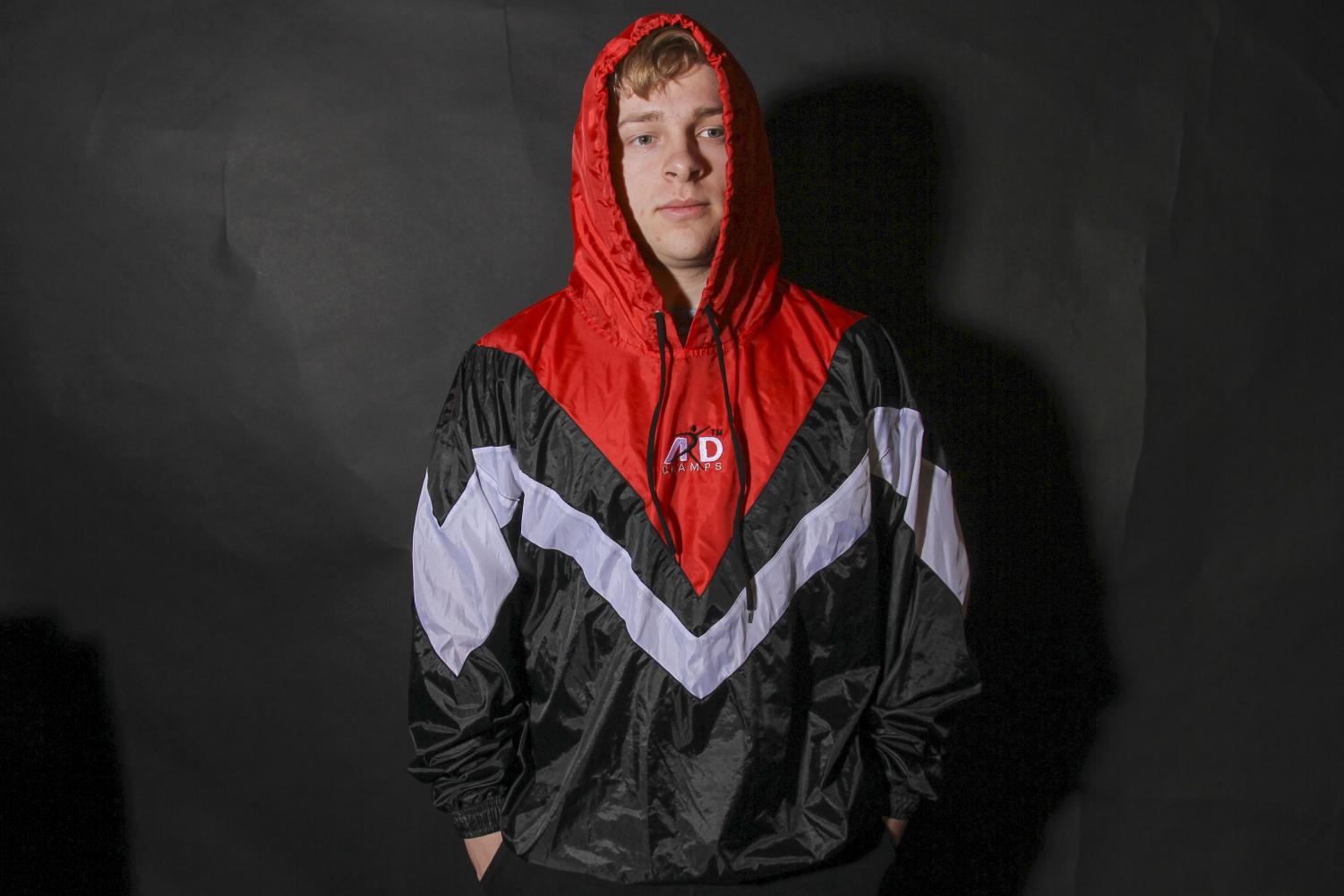 The “blue gym” at Bryant Middle School is home to the Hornet wrestling team, where they host most of their practices and home matches. While much of their training happens within the gym walls, there’s a much bigger responsibility that looms outside of practice: maintaining weight class.

In wrestling, each member is assessed at the beginning of the year and put into a weight class that best suits them. The current weight class system is 106 to 285 pounds in intervals of six to eight pounds. Throughout the season, wrestlers must maintain a weight within their class, or they risk not being able to compete.

While some may consider the wrestling aspect of the sport to be the most dangerous, it is actually the aspect of maintaining weight class that can lead to health issues when wrestlers do not do it responsibly. In the 1997-98 wrestling season, there were three collegiate deaths within a span of six weeks that were caused by the athletes attempting to majorly cut weight. Wrestler Jeff Reese was found dead in a heated room while wearing a rubber suit in an attempt to lose 17 pounds; the cause of death was labeled as kidney failure and heart malfunction. The other two deaths also involved overheated rooms and rubber suits. All three wrestlers were training for their first college matches.

For some athletes, like senior Hunter Stallmann, who wrestles in the 182 range, making weight isn’t much of a problem.

Because he often eats a lot of carbohydrates during the football season, he says that cutting his diet back to normal helped him to easily reduce his weight.

“I [eat] what two people go through in a night, and that’s my normal football diet,” Stallmann said. “I cut that in half, and I was able to do more toning workouts.”

While maintaining weight isn’t a problem for Stallmann in most cases, there are instances when he uses a sweat suit to help him lose water weight.

“I won’t do it if I’m ten, 15 pounds over,” Stallmann said. “Sometimes, if I’m at five [pounds over weight] and I really want to wrestle, I’ll put the sweat suit on and I’ll go run and do the stairmaster. As long as I’m down, I’ll chill until we weigh in.”

While some may go to extremes to maintain weight, Stallmann says he does not. He continues to consume calories on match days.

“Most of the time, the day that I’m going to wrestle, I’ll eat some almonds up until I weigh in,” Stallman said. “I go five hours of just eating almonds, because they’re really low on calories and it’s an appetite suppressant. [The] day before, I’ll eat light; if it’s three or four days, I’ll just eat whatever. I don’t go days without eating, which I know people have. I like my body, and I don’t want to hurt myself to make weight.”

While Stallmann says he doesn’t cut weight drastically, some wrestlers do. Junior Josh Mellor has been wrestling for the past two years, and maintaining his weight hasn’t always been easy.

“I haven’t had to [cut] this year, but I did last year,” Mellor said. “After wrestling tournaments, I would eat a lot of food, because I was hungry and wasn’t thinking about my next match or my next meet.”
After gaining weight after a match, Mellor says he drastically cut pounds by binging and dehydrating to be able to make weight at his next match.

“I would eat all the food I could, and then not eat the rest of the week because I wasn’t responsible when I needed to be,” Mellor said. “Last year, I had to cut 12 pounds in about three days, and I did.”

Mellor says that the coaches do not stress that the wrestlers cut weight, but they expect everyone to actively be on weight for matches.

“They trust us enough not to be extremely dumb, like wearing a sweat suit and sitting in a sauna for three hours; no one does that,” Mellor said. “But when we need to be on weight, we’re going to be on weight.”

Coach Shane Clancy says his focus is on helping his athletes build up muscle and wrestle at their  natural weight.

“We don’t ask our kids to lose any weight,” Clancy said. “We encourage them to get as big and strong as they can. We never tell a kid, ‘Hey, you need to lose this much weight.’”

In terms of weight classes and dropping weight, Clancy says the wrestling coaches are very by-the-book. At the beginning of the year, every wrestler takes a hydration and BMI test to determine their body make-up and determine how much weight they can safely lose per week.

“They can only lose a certain amount of weight in a time,” Clancy said. “Once they take a hydration test, there is a time table of how many pounds they can lose a week to get down. Your body fat and your body make-up determines how low you can drop from the hydration test.”

The coaches do not endorse drastic means to cut weight, such as sitting in saunas with added sweat suits, taking long runs in sweat suits or fasting for long periods. However, there have been instances of students stepping on that line, like eating just an apple a day for a week and running five miles daily, according to Clancy.

“It’s the kids’ responsibility to make weight, and we go by what’s on the hydration test,” Clancy said. “Whatever weight class you wrestle at, we monitor to make sure you’re on target to make your weight. When we weigh in before a tournament, if you don’t make weight, you’re punishing your other teammates, and that’s a forfeit.”

Along with the coaches, the athletic trainers, such as Heather Jolly, are concerned for their wrestlers’ well-being.

“It is easy for our weight to get away from us, and weight fluctuates so much that it can be hard to control,” Jolly said. “Wrestlers have to be very vigilant of what they eat as well as when they eat.”

Jolly says that fasting and losing water weight before a meet can lead to negative short-term effects.

“The body doesn’t have any fuel to run, so it starts to burn fat for energy,” Jolly said. “Athletes need to consume carbohydrates for energy. Losing water before a meet is also bad; it leads to dehydration, which causes cramps and heat illnesses.”

While there are safeguards in place to discourage wrestlers from losing weight too fast, there are still cases of the athletes doing “crash diets,” as Jolly calls them.

“[It’s] basically them starving themselves to lose weight,” Jolly said. “Crash diets are not successful long-term. The body goes into starvation mode and will take in all of the nutrients that are consumed and store them for later.”

Jolly works with her athletes to help them maintain a healthy diet.

“Long-term successful diets are done with proper diet and exercise, with goals that are attainable,” Jolly said. “It is recommended that athletes work out with their teams and maintain healthy eating habits [like] eating a balanced diet of water, carbohydrates, proteins, fats, vitamins and minerals.”
Sports medicine teacher Bree Keith includes lessons in her class on how athletes can healthily maintain a proper weight.

“It is safe to lose one to two pounds per week,” Keith said. “This is most effectively done by cutting calories daily, [but] not dropping below 1,000.”

By drastically cutting weight and straining their bodies, Keith says athletes can set themselves up for future problems.

“Repeatedly doing it over and over can cause issues later on with metabolism and [with] overall mental view of their bodies and weight,” Keith said.

In terms of future problems, Dr. Elisabet Børsheim, a Professor in both the Department of Pediatrics and Department of Geriatrics at UAMS with a Ph.D. in Exercise Physiology and a B.Sc. in Sport Sciences, claims that drastic weight cutting can lead to both physiological and psychological consequences.

“Beside the psychological risk with unhealthy attitudes toward food and body weight,

there can be effects on metabolism,” Børsheim said. “Going up and down in weight can lead to a larger risk of future obesity. After [being] starved, the body may become thrifty trying to store as much energy as possible when food is available again.”

These psychological risks are mostly associated with eating disorders.

“Unhealthy focus on food and body weight can potentially be detrimental with [the] development of eating disorders,” Børsheim said. “Instead of focusing on body weight, the focus should be on health. This will eventually also lead to the best performance.”

To be able to focus on health, Børsheim advises that athletes gain knowledge on how the body works and what it needs to function.

“[The body] needs various nutrients to support energy for daily activities and sport activities, it needs nutrients to support the myriad of chemical reactions that occur in our body at any time, and to grow and develop in a healthy manner,” Børsheim said. “People take good care of their cars and give them the right gas, oil, water and various service. Our bodies are much, much more advanced and need nutritious food for optimal performance.”

While Børsheim understands the reasoning behind behaviors such as crash diets and fasting among athletes, she also notes they are not healthy.

“These procedures are draining, and they are reducing the capacity for optimal performance,” Børsheim said. “However, since there is time after the weigh-in to eat and recover, the teens have time to recover before the matches.”

While heavy dieting and sweat runs to lose water weight may be normal practice for some high school athletes, Børsheim says that the strain put on their bodies is not worth it.

“Focus on the joy of the sport and the competitions,” Børsheim said. “Through it all, your

health is the most important, as you need your health for your future. It is understandable that when everybody else is following these procedures, it is hard to be the one that resists. However, you are in it for the long haul. You want to stay healthy both physically and mentally, both now and for the rest of your life.”