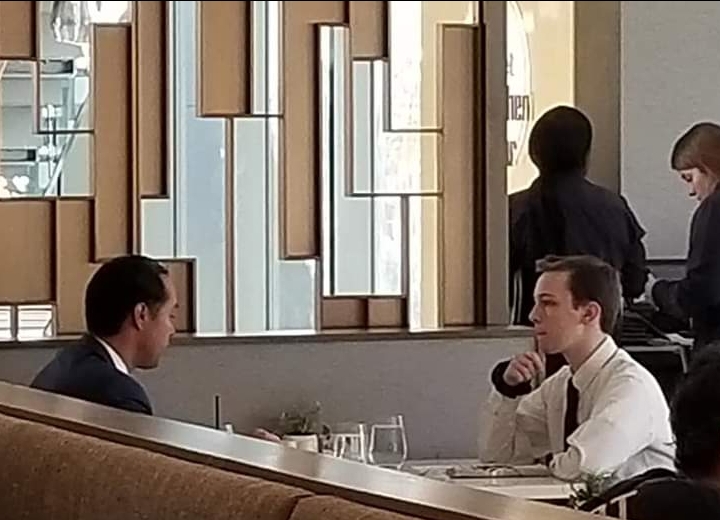 When I was in Des Moines, Iowa, to research a story, I sat down with then-Presidential candidate Julián Castro for an interview over his hopes for the Presidency.

Q:  How do you plan to enact your vision for the future of America?

A:  …and we can get there if we earnestly try to find common ground and utilize as much executive authority under the Constitution as well.

A:  I have a track record of working with people that see things differently to me.  When I was in local politics, we ran in a non-partisan environment. So even though I am a proud Democrat, I ran to seek the support of people who didn’t agree with me.  Some of my biggest accomplishments, like getting Pre-K for S.A. done in San Antonio, I did because I reached across the isle and worked with people who were more conservative than me, and I can get it done in this race if I am the general election nominee.  I also believe that people are ready for someone who can restore integrity to the Oval Office versus Donald Trump, and somebody who is trying to bring this country together instead of tear it apart, and someone who will be a President for everyone, not just their core base of 37%.

Q:  What Foreign Policy actions would you carry out in the White House?

A:  I believe that the United States has a role to play in lifting up the values that has made this country special, especially championing freedom, democracy, and opportunity.  That begins with repairing the damage this president has done especially with our European allies. My first call in office would be to the leaders of Canada and Mexico, who are our neighbors and most important to our national and economic security, but also to the European allies who have lost faith in us because of the erraticism of this president.  In addition to that, I believe we should maintain a consistency with the values we believe in, and that includes trying to get back into the Iran Nuclear Deal, the J.C.P.A., so that we can have a better shot at actually reaching an agreement with North Korea. It means being a supporter and a friend to Israel, but also a neutral broker in trying to get a peace deal in the Middle East.  It also means being smart about immigration to our own country, for instance. I’ve called for a 21st century Marshall Plan to Honduras, El Salvador, and Guatemala, so people can find safety and opportunity at home instead of having to make a dangerous journey to the border of the United States. Those are some of the things I’d like to focus on in regaining our standing around the world.

This interview was conducted Nov. 2, 2019. Julián Castro has since dropped out of the Presidential race and endorsed Elizabeth Warren. This interview originally appeared in the Dec. 13 print edition of Prospective.