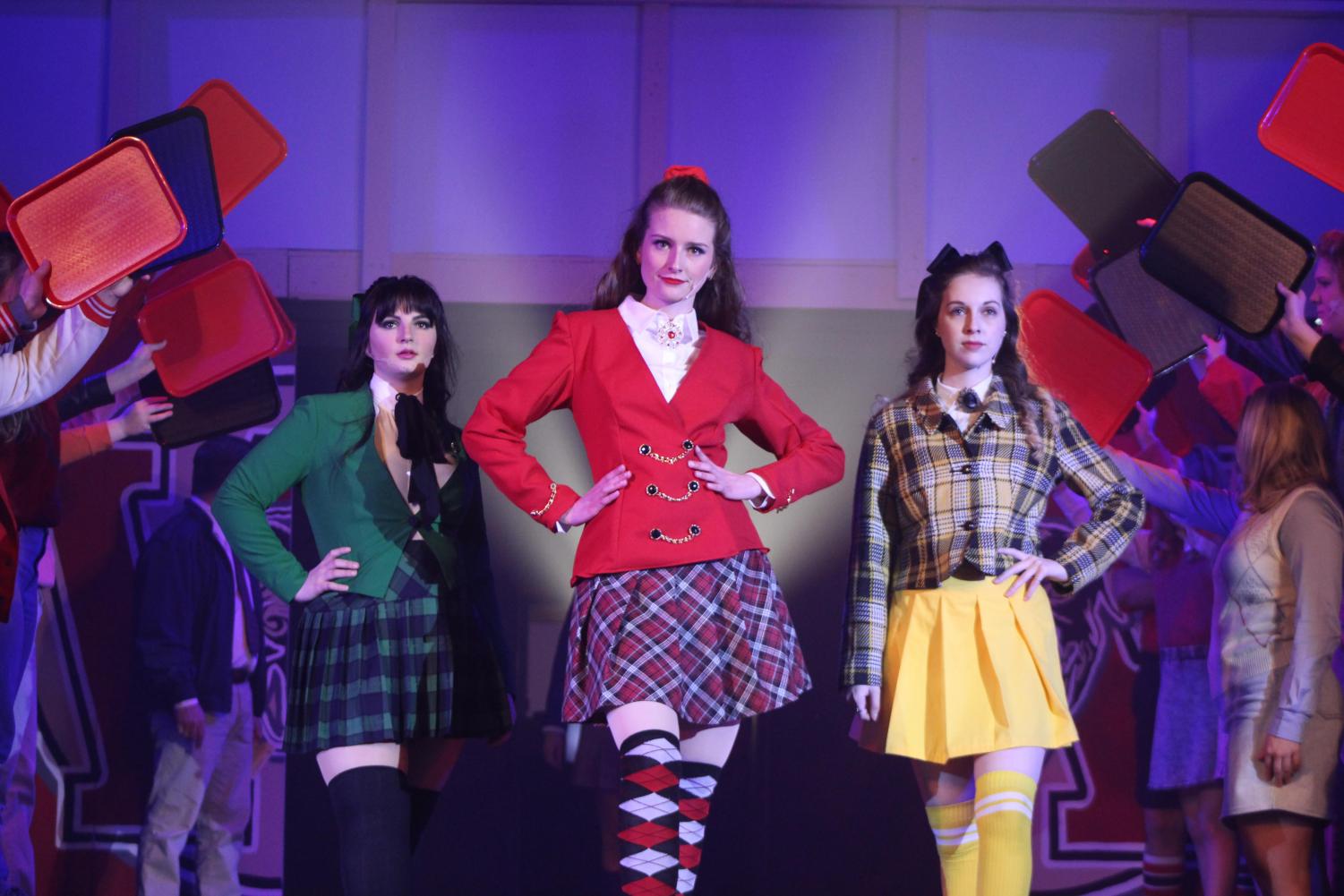 She killed her best friend with chemical poisoning and has a serial-killer for a boyfriend. Veronica Sawyer is the main character in “Heathers the Musical,” a dark comedy based on the 1989 cult-classic film of the same name.

The Young Players Second Stage is performing this macabre musical, which follows Veronica and her bustle with the most powerful clique in her high school: the Heathers.

The show runs for two weekends, starting Jan. 9  at the Royal Theatre in downtown Benton.

Senior Annslee Clay plays Veronica and has found a connection between her character and herself.

“I relate to her every day,” Clay said. “ In middle school, my toxic friend group would make fun of my best friend since diapers. Just like the show, I had a Martha. I let them call her names, even though my heart broke every time they did. To this day, I apologize to my Martha about that, even though it took a year to remove myself from those people.”

Despite “Heathers” being created over 30 years ago, Clay says that the central themes of the show still apply to high schoolers today.

“Body image issues, anxiety, depression, schizophrenia, the need to fit in, etc. is something that people can relate to,” Clay said. “Everyone can identify with a character or knows someone that identifies with these characters, and that’s what makes this show special.”