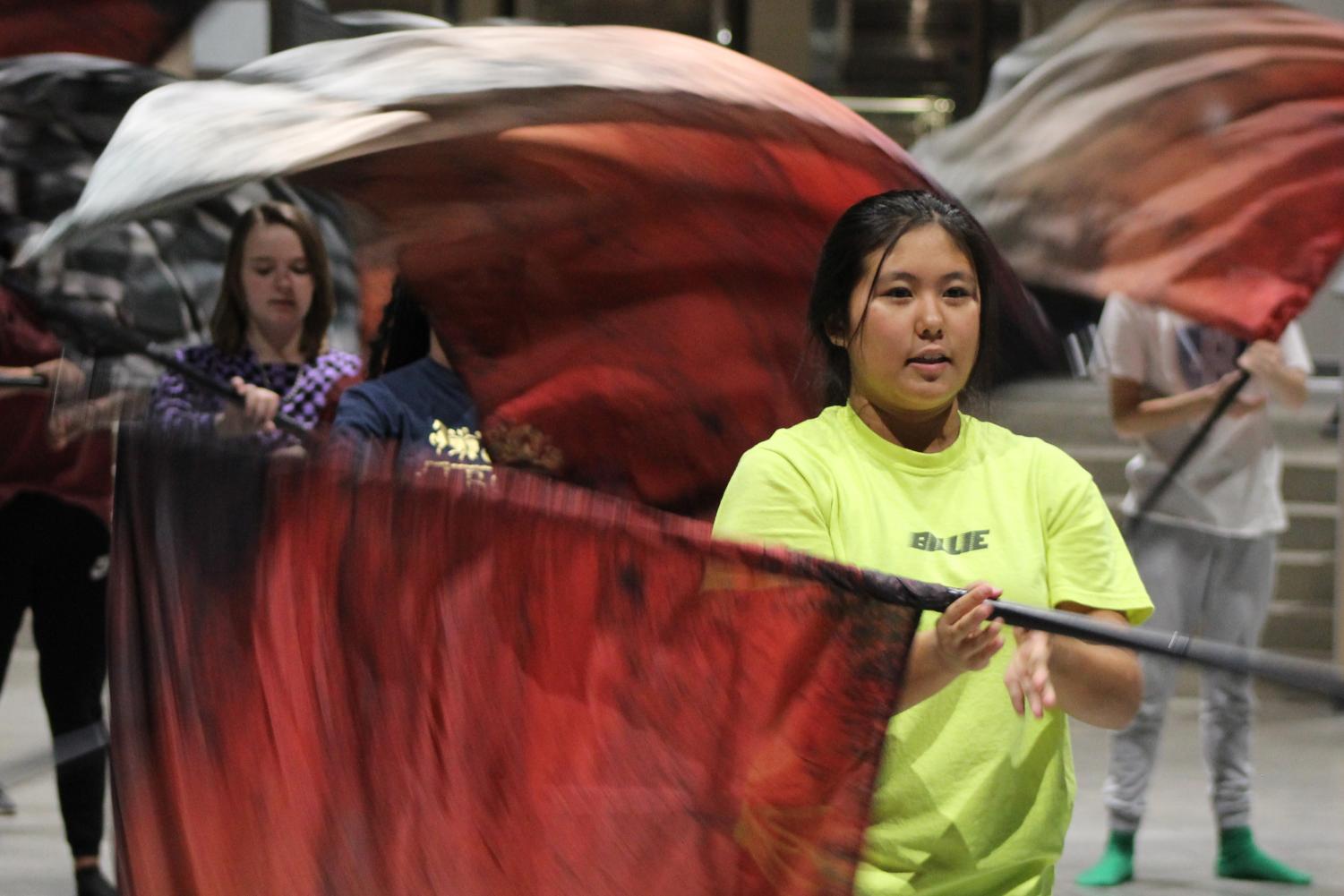 Although marching season has come to a close for the Legacy, the winter time does not stop the guard from continuing to perform in shows and championships. Emerging as a smaller counterpart to the color guard, winter guard consists of guard members who tried out to continue competing during the winter season. The winter guard takes their performances indoors, allowing them to continue putting on visual and harmonic shows as frigid days roll in.

In contrast to performing with the band, winter guard goes solo, their show becoming the focus of attention and judging. Senior Ally Pablo has been participating in winter guard since her sophomore year.

“I like the vibe of it,” Pablo said. “It’s better than fall [marching season,] because it’s just guard, and we’re just a close little family.”

Members of the winter guard work to prepare for the approaching championships, holding practices in the gym on Tuesdays and Thursdays from 5 p.m. to 8 p.m. in order to develop and improve choreography.

Their show will incorporate elements from the musical “The Greatest Showman,” drawing inspiration from the song “A Million Dreams.”

Winter guard will take on the championships March 28 in Missouri, going up against other Arkansas schools such as Fayetteville, Cabot and Bentonville.

“It’s kind of sad, but exciting, considering how much we’ve gone through throughout the years,” Pablo said.