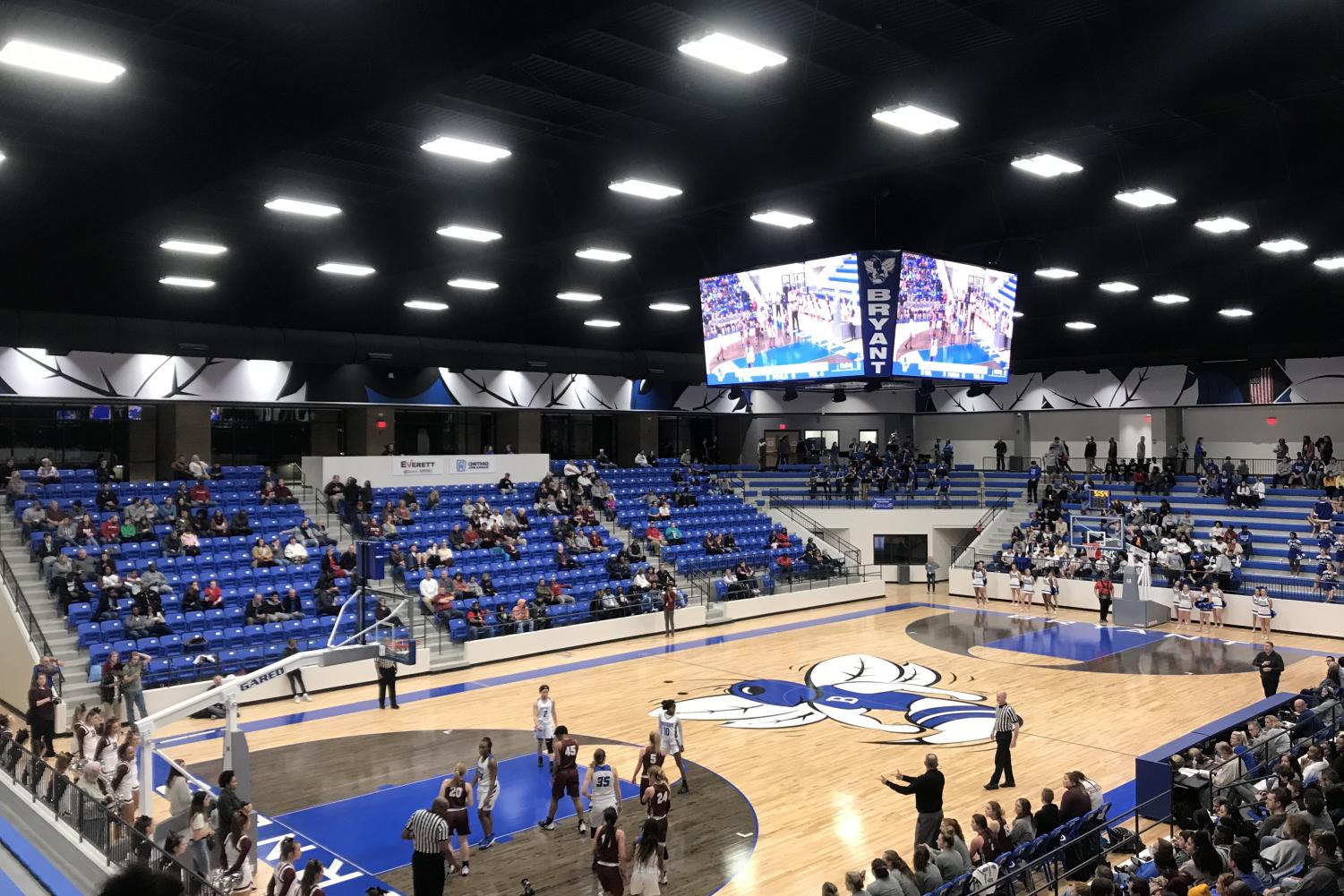 The highly-anticipated Hornet Arena finally opened its doors Jan. 7 for the Saline County Shootout games against the rival Benton Panthers. The new seating was packed with eager fans, and the Hornets and Lady Hornets did not disappoint.

The girls kicked off the night with a win. The Lady Hornets came out strong and soon gained a lead with the help of multiple players, including seniors Tierra Trotter, Alexis Taylor, Madyson Scifres and McKenzie Muse, who contributed to the game with many two-pointers, three-pointers and rebounds.

Trotter says that playing in the new arena is something that she’s been looking forward to for months, and she is satisfied with her team’s performance.

“I think we did really good, even though we missed a few shots,” Trotter said.

After their success, they earned a new season record of 8-4 and the Saline County Shootout Trophy.

The Hornets walked onto the court with a record of 7-5 and off with 8-5. They began their lead in the first quarter and didn’t let up until they won 54-39.

Honorable mentions of the game include senior Treylon Payne and junior shooting guard Austin Schroeder, who were responsible for multiple three-pointers. Other players who had a strong performance were seniors Arlon “A.J.”Jenkins and Catrell Wallace.