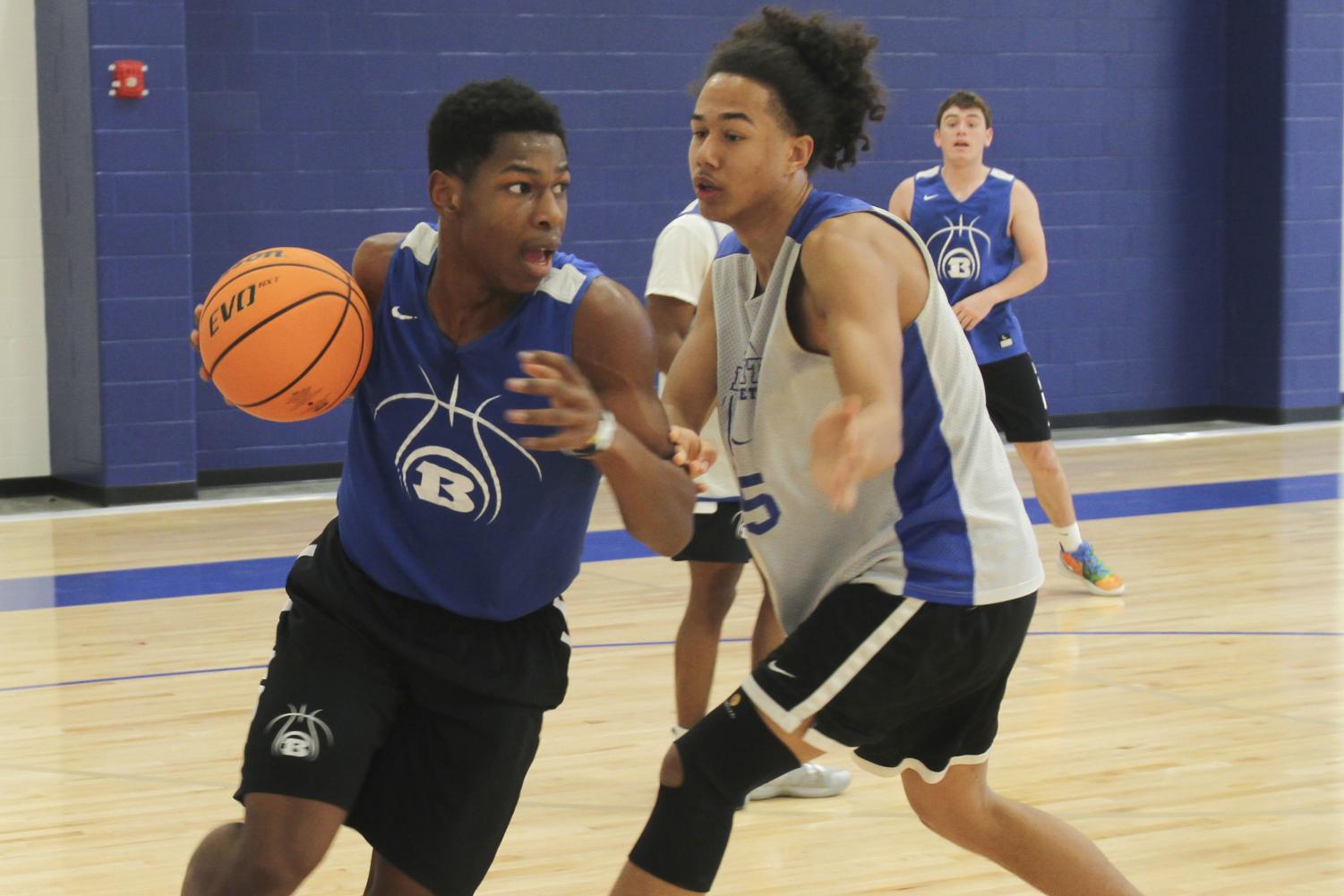 Last basketball season left both the Lady Hornet and Hornet basketball teams with strong finishes that came up just a little short. The Lady Hornets ended with a 19-10 record and made it to the quarterfinals of the state tournament before falling to Fort Smith Northside 55-37. The Hornets ended the season 24-5 as state runners-up to Fort Smith Northside with a score of 44-41. After successful seasons, fans are left wondering if 2020 will hold improvement, redemption and possibly a championship.

Boys coach Mike Abrahamson says that winning state is a goal that will definitely be accomplishable once all players are available to compete.

“Right now, we’re kind of an incomplete team,” Abrahamson said. “[Senior] Treylon Payne is recovering from foot surgery, and once we get him cleared and get football players out, we’re going to be a lot different than we are right now.”

For girls coach Brad Matthews, striving to win state and developing more as team while doing so are the main goals of the season. He says that the girls team has already grown and made improvements throughout the year that will carry them further in the 2020 state tournament.

“We’ve worked all spring and summer,” Matthews said. “As the season goes on, we’ll get better and better, and hopefully be playing our best basketball come tournament time.”

The Lady Hornets have worked on fundamentals, including shooting and finishing possessions, but Matthews says that developing beneficial habits is going to be the determining factor in the team reaching their full potential this season.

“Habits are what build who you are,” Matthews said. “We’re building habits every day, high-quality habits that lead to success. That’s what we’re working on.”

Matthews adds that he expects his eight seniors to step up and lead the way for the whole team. Seniors this year include Alexis Taylor, Tierra Trotter, Madyson Scifres, India Atkins, McKenzie Muse, Mekeycia Baker, Ivory Russ and Celena Martin.

As for the Hornets, Abrahamson says that seniors Treylon Payne, Catrell Wallace and Arlon Jenkins and junior Camren Hunter are expected to lead the team, but juniors Aiden Adams, Austin Schroeder, Will Diggins and sophomore Khasen Robinson may also play a significant role in their success.

While Payne recovers from his foot injury, he is excited to return to playing in his last high school basketball season. He reflects on last year’s runner-up finish at state as a bittersweet moment.

“It’s a disappointing feeling to come so far and not finish what we practiced for all year,” Payne said. “But it was an accomplishment making it to state, even though we didn’t finish our goal.“

Payne adds that this season, he hopes to better himself as a player, person and leader, but his main goal is to bring home a championship.

“Making it as far as we did last year and not winning is definitely motivation,” Payne said. “It’s motivation for me and the team every day, because it’s our ultimate goal to win state.”