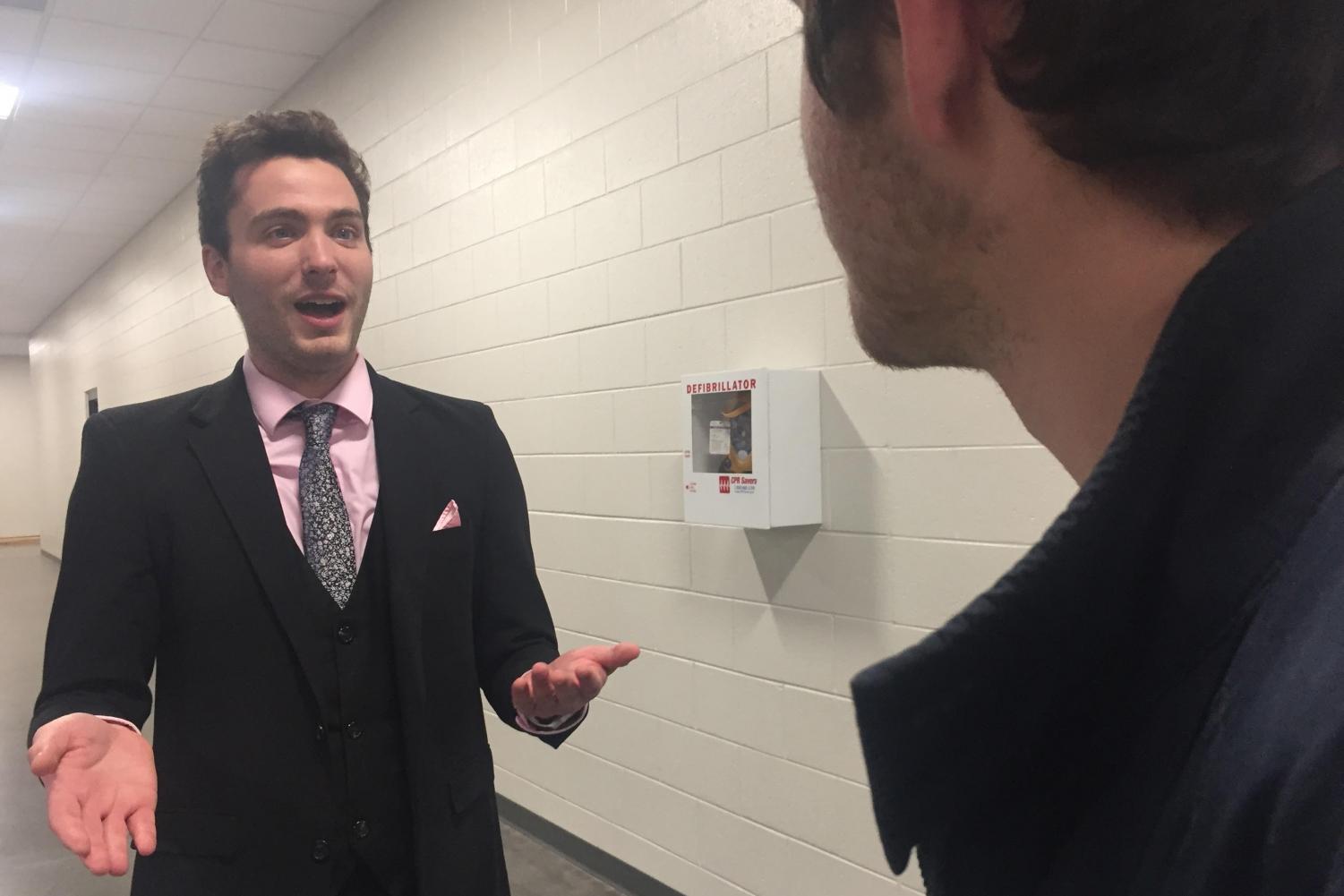 Loss of an Intern

During the fall semester, the band program brought in a student intern, Holden Jones.

While Jones’s internship officially ended Dec. 4, he is finishing the semester out, staying until the band’s Christmas concert Dec. 17.

Over the course of the season, Jones formed deep connections with students : whether talking about video games, giving life advice or opening up about mental illness,. Jones has also been heavily featured in memes posted on the Bryant Band Memes Instagram account,

@bryant.band.mems, run by senior Ashia Walls, a member of the Legacy color guard.

“I got to know him more as the season went on,” Walls said. “He complimented my memes I made about Legacy.”

Regardless of mainly helping with the low brass section, Jones found ways to create bonds with all the students.

“We are best buds,” Walls said. “I would say jokes out loud on the field during resets, and he would laugh at them. It made me feel like I had an audience.”

Jones would go back and forth with students, making witty comments and sarcastic remarks.

“I [would] roast him every day on his choice of clothes, but he would say something witty back,” Walls said. “I’ll miss that.”

With Jones’ last day approaching, Walls is sad to see him go.

“Even if he didn’t help me catch a flag or rifle, he did give me advice when I needed it,” Walls said. “He definitely made an impact on my life.”