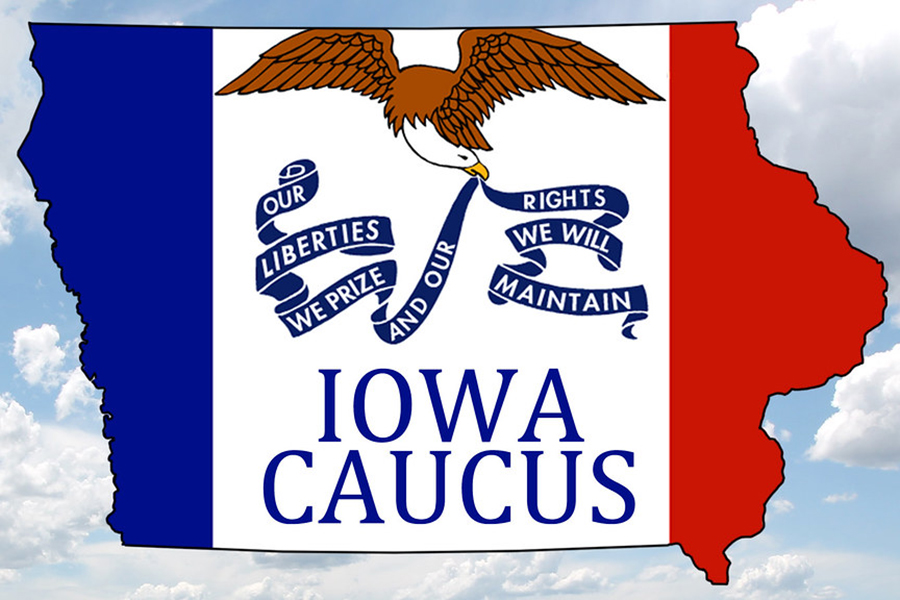 Candidates show out at Liberty and Justice Dinner

This story originally appeared in the Dec. 13 print issue of Prospective.

The Democratic Party has long known its goal: to take back the presidency from current President Donald Trump. However, a growing divide in the party leads its members to a second pressing question: Who should replace him?

Joe Biden, vice president under former President Barack Obama, had a strong presence after his initial campaign announcement, but has since lost ground to other, more active candidates.

Vermont Sen. Bernie Sanders, the Independent candidate who lost the 2016 Democratic nomination to Hillary Clinton, is seen by many as too old to keep up with the stress of the presidency, and he also runs the risk of alienating more moderate and conservative voters with his far-left policies.

Massachusetts Sen. Elizabeth Warren also faces this problem, as well as the issue of making lofty plans that leave some voters questioning how America would pay for them.

Pete Buttigieg, a military veteran and mayor of South Bend, Indiana, would be the youngest president at 38, but his age is accompanied by a lack of federal experience. He would also be the first openly gay president, giving a voice to the LGBTQ community.

No other candidate’s polling or fundraising numbers are high enough to reach the nomination at this time. With that being said, every candidate wants to break through to prove how their bid for the White House is the best.

At the Liberty and Justice Dinner, formerly known as the Jefferson-Jackson Dinner, where Barack Obama burst into the Democratic Party leadership in 2007, all of the candidates hoped to do just that. Some candidates bussed supporters in to boost their ranks, while others relied on volunteers. Some made little effort to show their prowess. In any case, it was one of the most significant events leading up to the Iowa caucuses Feb. 3, 2020.

The festivities started well before the dinner itself as a “Sign War” began. On what seemed to be every available patch of dirt, there was a sign that proudly proclaimed “AMY” Klobuchar, “PETE” Buttigieg or “BETO” O’Rourke to the pedestrians simply on their way to work. Even more pervasive was the intentional subversion of some signs. Some were innocent, like a large Klobuchar sign placed cheekily in front of a Warren sign. Some were more along the lines of vandalism, such as a Buttigieg sign torn in two and trampled. The candidates who had the strongest sign game were Klobuchar, O’Rourke and Buttigieg.

Then, the pre-rallies started. Some candidates, like Andrew Yang, the meme-fueled tech entrepreneur, went all-in with a performance by Weezer for his “Yangapalooza.” Others had simple, gameplan-focused rallies. Buttigieg, who was confirmed to have the most people attending the event, appeared with singer-songwriter Ben Harper and worked to energize his rain-drenched crowd. Warren’s rally featured a giant balloon version of her dog, Bailey, wearing two pennies, a reference to her two-cent wealth tax plan. As their rallies came to a close, Democrats made their way to the arena where candidates would soon appear in front of the largest gathering of the Democratic Party in this election cycle so far.

On a rather peculiar note, Biden did not do any of these things. He had very few signs, and the closest thing to a rally that he hosted was a brief and quiet meeting with a select few supporters before the dinner.

It was around this time that a shocking report came in. O’Rourke, once the charismatic new face of the Democratic Party, dropped out of the race, leaving hundreds of supporters stranded in Iowa. While other campaigns celebrated their candidates surviving another day, O’Rourke’s supporters were left with a surplus of yard signs and a shortage of hope.

Inside the Iowa Events Center, tables were already set with fliers and campaign staffers. Industrial trash bags filled with noise makers were tucked behind candidates’ booths. On display screens, void advertisements for O’Rourke slid by. Supporters anxiously hurried to their seats where they waited for the main event.

After a few introductory speeches, the Democrats in the arena were greeted by the rising star of Iowa polls, Buttigieg. Iowa Starting Line, a publication devoted to covering the Iowa caucuses, reported that he had the loudest applause of any candidate during his speech, and many others compared his performance to then-Senator Barack Obama’s 2007 breakout moment. His supporters took up around one third of the Center.

After Buttigieg came Biden, who also drew sizable applause. He appeared with an energy that his campaign hadn’t fostered before, asking the audience to “stand up” against Donald Trump. Everyone remained seated.

Yang had a lighthearted and encouraging speech that played to his devoted followers, who’ve dubbed themselves the “Yang Gang.”  Warren delivered several brash attacks against her more moderate opponents, embracing the “fight” that has come to characterize her campaign. Her campaign also cheekily placed her supporters directly in front of the camera, making their presence seem much bigger to the viewers at home. Her speech ended with an enormous banner being unfurled, reading “Win With Warren.”

Sen. Kamala Harris of California, whose reputation was hurt by reporting that she was closing all of her New Hampshire offices, was warmly received by the audience and had the second largest crowd in the Center, next to Buttigieg. Since then, she has withdrawn from the race.

Next, billionaire Tom Steyer made his case for impeaching Donald Trump. Sanders, whose campaign didn’t reserve tickets for supporters, was also warmly received and used the event to call for the Democratic Party to generally become more progressive.

After an extended fundraising period, other candidates including Senators Michael Bennet, Klobuchar, and Cory Booker, as well as former Rep. John Delaney, former Housing and Urban Development Secretary Julián Castro, and Gov. Steve Bullock, who recently suspended his campaign, spoke to an exhausted yet attentive audience. Some people believed the fundraising to be the end of the event and unintentionally left early.

Many reports considered Buttigieg the winner of the dinner, followed closely by Warren, while Biden and the six other candidates, with the exceptions of Klobuchar and Yang, definitely came up short. The weekend gave candidates the opportunity to flex their organizational muscles, and Buttigieg and Warren were able to break away from the rest of the field in this regard.

This victory was reflected in the polling around Iowa, where Buttigieg rocketed into a comfortable lead and gained national momentum. This has also been evident in higher polling numbers in New Hampshire, California, Illinois and other states, a development which has launched him into the top tier of candidates.

The Liberty and Justice Dinner marked a new phase in the sprint to the 2020 Iowa caucuses, which will play a key role in deciding the Democratic Party’s nominee. Many attendees left with more questions than they came with: Could a progressive win? Is America going to have a female or gay president? Should the party fight Republicans or unite with them in the next presidency? What is clear is that the race has now winnowed down to four major candidates, each with a competing view on the direction of the Democratic Party, and the nominee among those candidates will have to navigate a divided party and country in order to win.