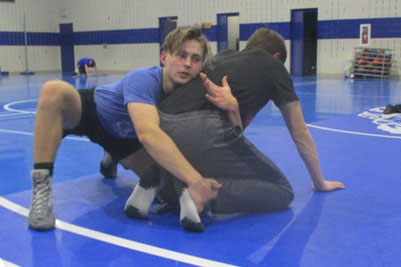 When the Friday night lights of football dim, the wrestling mats are rolled out. With lots of practice, dieting and hard work, this year’s team seems ready for the season.

After losing 2019 state champion Ahmad Adams and a solid senior core, what can fans expect this year out of the new, young team?

In his third year of wrestling, newest team captain junior Joshua Mellor has high hopes for a solid year. While the season starts in December, preparation for the season never ends.

Mellor believes the team is solid despite the absence of former champions and a solid graduating class.

“We are a solid team,” Mellor said. “We have some holes in one weight class, but we will get those figured out. We have a lot of returning wrestlers, so expect a good season.”

A new season means new wrestlers, and Mellor has a few athletes in mind for fans to watch.