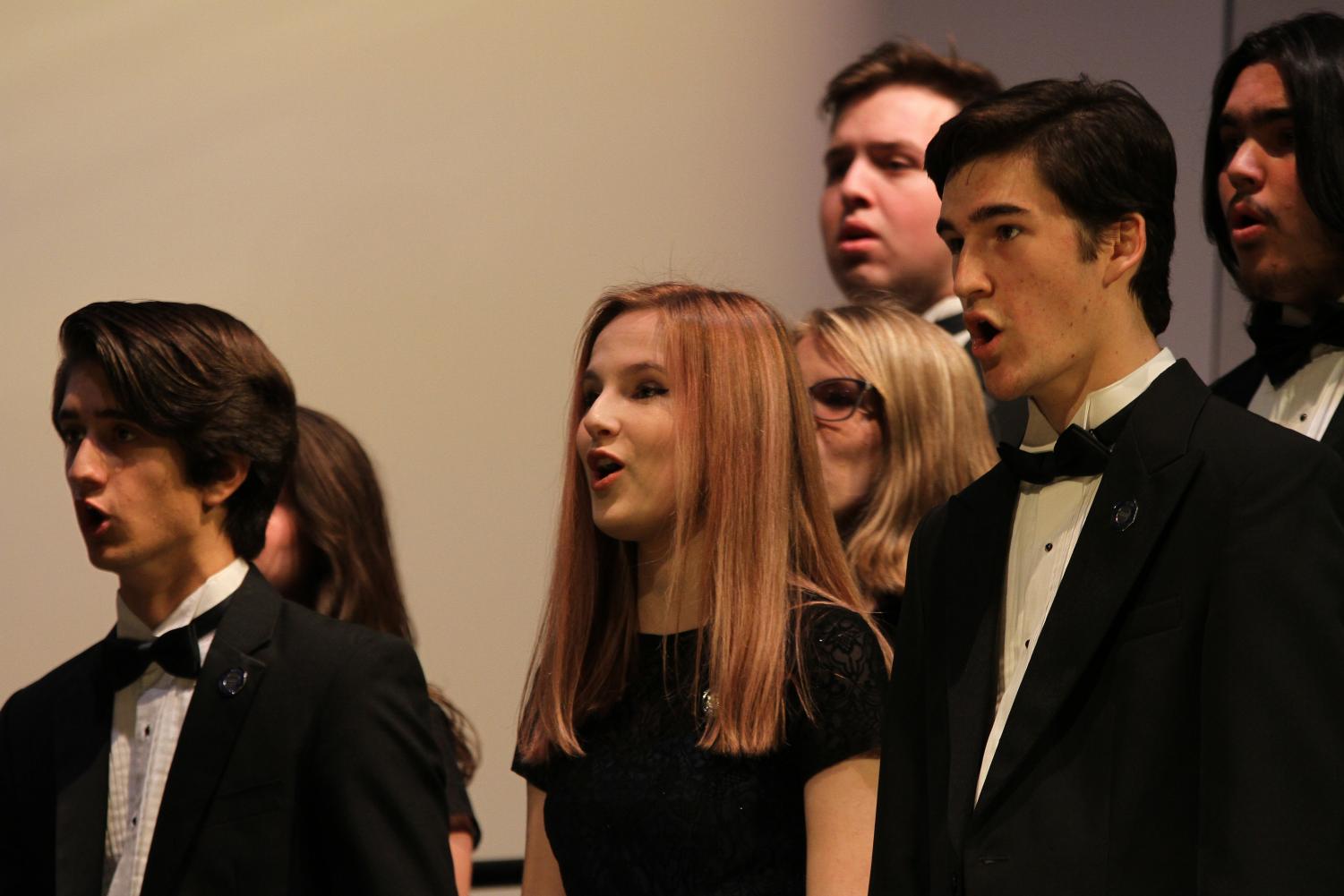 Bryant choirs put on their annual Holiday Concert Dec. 10 in the newly completed Love Auditorium. For nearly two years, all Bryant choirs have had to perform in the middle school gym while the new performing arts center was under construction.

The new auditorium has brought a lot of excitement for the arts. Choir director Tanner Oglesby has been waiting patiently for it to open so his students could showcase their hard work.

“Jokingly, I have always told my kids that I have an on-brand vision with a Dollar General budget,” Oglesby said. “Now, the budget matches the vision, and it’s so surreal. We are super excited to be here and very thankful for administration letting us have a space like this.”

The concert opened with a performance of “Noel” by the Bryant Camerata as well as a teaser of the song “Unclouded Day” for an upcoming competition in February.

Performances by the Camerata, Bella Voce, Men’s Chorus, Honeybees and Women’s chorus were done in a production-style format.

All choirs joined together for a final performance of “Total Praise” to close the concert.

“I think [the choirs] did phenomenal,” Oglesby said. “We put on a whole production. There was a whole set list, and we’ve never done anything like this before. Everyone paid attention and played their part, and I think it went really smoothly.”