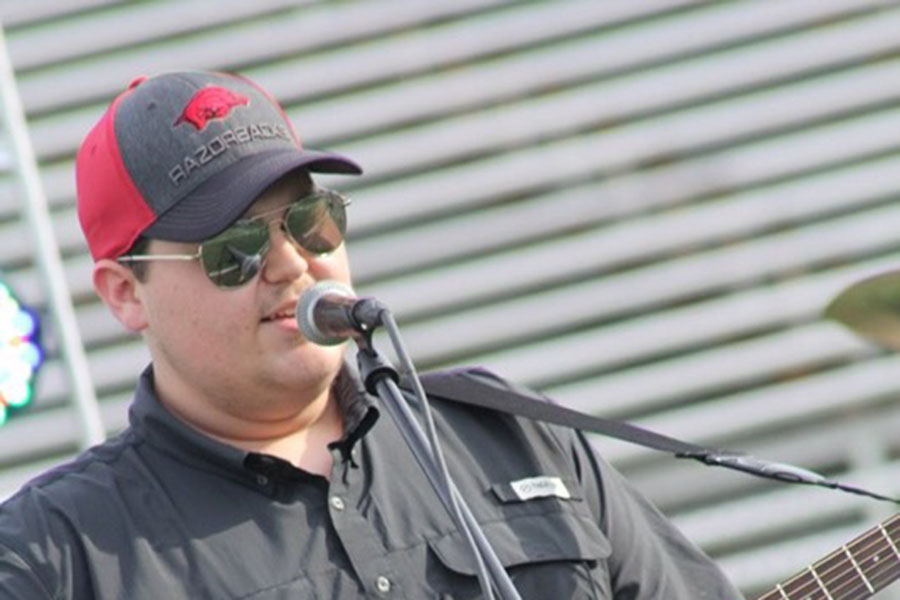 For as long as he can remember, music has always played an important role in junior Zachary Wyllia’s life. His journey with music began as soon as he was old enough to put on performances for his family with whatever objects he could find in his house.

“I knew when Zach was about 18 months old that he had a love for music–especially the guitar,” Wyllia’s mom, Kellie Wyllia said. “My grandma had a decoration on her wall that resembled a guitar, and when we’d visit she’d take it off the wall, and he’d act like he was playing. When he was two, we got him a toy microphone with a stand and guitar.”

However, his days of trying to create music without real instruments ended when he turned 13. He took the next step in exploring his passion for music by purchasing his own guitar.

“I had saved up enough Christmas money from all of my relatives, so I went to a Guitar Center and bought my first guitar,” Zachary said. “I just started playing random stuff–songs I liked. Then, the last couple of years, I figured that if you want to get somewhere with music, you gotta actually come up with stuff and start writing songs.”

Zachary adds that songwriting has become an outlet for de-stressing and releasing his emotions.

Eventually, Zachary started attending sessions at “Jettway Performance,” a professional music performance studio in Hensley, and began performing across the state. While he has performed many times, Kellie says that it was his performance at War Memorial Stadium where he played his song “Riverbanks” that she knew her son had real potential.

“After he played, the announcer was really excited about what he’d just heard,” Kellie said. “He told Zach, ‘That’s like something you’d hear in Nashville,’ and I thought, ‘Maybe he’s really got a shot!’”

“Riverbanks” has gotten a lot of positive feedback and is expected to launch on iTunes this December.

While Zachary has found some success early in his music career, he has still faced struggles with reaching out of his comfort zone because of the stigma surrounding aspiring male artists. Bryant Choir Director Tanner Oglesby, Zachary’s Advisory teacher, says that this is an unfortunate circumstance that mainly exists in the South.

“There is this idea that manhood is defined by hyper-masculinity and an unfortunate lack of emotional connection,” Oglesby said. “This is simply not true, and that’s what I try and illustrate to my male singers in choir. The strongest, most successful men are smart, emotionally-connected and in touch with who they are.”

With this stigma, as well as the vulnerability that comes with performing, Oglesby says that ensuring that his students are comfortable with expressing themselves through music is a top priority.

“I try to cultivate an environment of peer support in all of my classes,” Oglesby said. “I’m also not afraid to highlight my own vocal flaws and mistakes to let the students know that we’re all on a journey of some kind. I can only hope that the environment and rapport I’ve built with them inspires them to take risks in music and their lives.”

Despite the challenge of potential criticism, Zachary has no intentions of quitting his pursuit of music. He has big plans for the future.

“I want to be playing Grand Ole Opry, touring big arenas; I hope to be playing at Verizon Arena one day,” Zachary said. “I just want to make music that people can listen to and find some peace in.”

While these might seem like big dreams, Oglesby believes that Zachary has plenty of potential to meet his aspirations because of his voice and ability to grow as an individual artist. “The difference between a simply talented singer and an artist with the aptitude to succeed in the industry is that an artist with true potential for success is open to new ideas and critique,” Oglesby said. “Talented singers are a dime a dozen. What makes a singer special is when they can do it all–sing, read music, collaborate, accept change and critique, communicate well, etcetera. Zach has those qualities.”