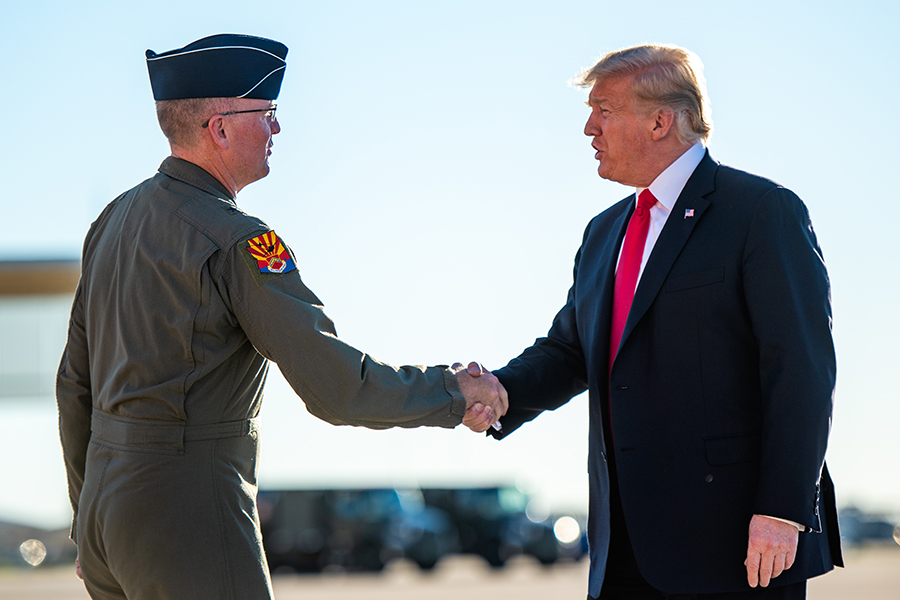 The leader of ISIS, Abu Bakr Al-Baghdadi, died in a raid by U.S. forces Oct. 26, sending shockwaves through the remains of the terrorist organization. The U.S. military, greatly aided by their Kurdish allies, have reduced the once prominent group to a few hidden holdouts in Syria, giving hope to Syrian citizens that the turmoil they inspired may subside.

Those fears have only grown, though, because of a recent military strategy employed by President Donald Trump. Trump decided to pull troops out of northern Syria, which was defended by both the Kurdish and the U.S. militaries until now. This left the Kurds, the world’s largest ethnic group without a self-governed state or nation, vulnerable to attacks from the Turkish military, which now looks to annex northern Syria.

Soon after making the move, Trump received criticism from virtually every side. In the fourth Democratic debate, former Vice President Joe Biden claimed that he met with commanders ashamed of the decision, and candidate and military veteran Pete Buttigieg called it a betrayal of our allies and American values. Even Trump’s own party didn’t spare him from disapproval, with several prominent members condemning the move. AP Human Geography teacher Brandon Bagwell sees the problem as equally religious and political.

“Over time, the Kurds have tended to have support from the U.S. military because of the help they provide with the battle against ISIS and radical Islamic terrorism in the region,” Bagwell said. “Turkey, as a primarily Sunni nation, has also had an interest in territory in the region to extend their own sphere of influence. The recent withdrawal of U.S. forces from the region has led to Turkish forces pushing into the border with violent measures being taken.”

The ramifications of this decision seem to clearly run against American interests in the region as well, showing the U.S. curiously buckling under pressure from Turkey and Russia while allowing ISIS to thrive without American intervention.

“We could see the potential growth of ISIS in the region without a U.S. military presence,” Bagwell said. “Many Kurdish lives could be lost in this conflict, and the already weak Syrian government could become more susceptible to the influence of global superpowers like Russia.”

Another skeptic of the recent move is junior Ryan Kees, who is a member of AFJROTC. The damage far outweighs the benefits, according to Kees, creating new problems in the Middle East and worsening old ones.

“Kurds are our allies, and we must fulfill our duty as allies,” Kees said. “The Turks and Russians are now moving in on the border, beginning air patrols and are looking at increasing their territory, which could be detrimental to the people of Syria. It has also created many more refugees that we don’t need to go into Iraq and other countries. It’s endangered civilian lives.”

Though some question the possibility of an end to the violence in northern Syria because of Trump’s decision, others, like Bagwell, do believe that the fighting could stop in the area.

“I think there is a lot of potential for a peaceful resolution to the conflict,” Bagwell said. “It all just depends on how world leaders approach the area. The political boundaries in the region don’t necessarily correlate with the religions, or political views, so there will have to be compromises made on all sides in order to resolve disputes, but it is possible.”