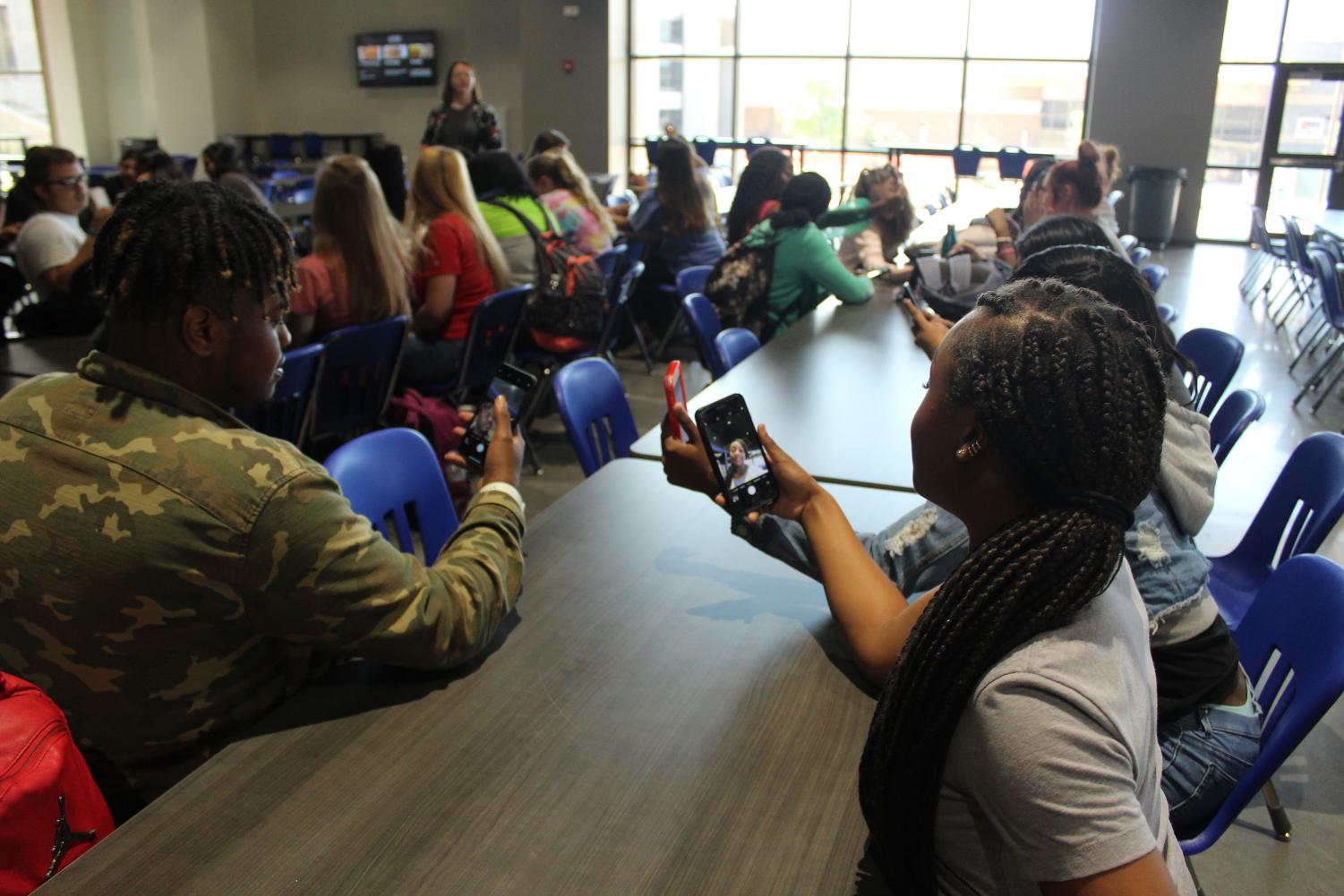 This story originally appeared in the Oct. 23 print edition of Prospective.

Anticipation grew over the last couple of years as students were introduced to the idea of career houses, an advisory period and enrichment sessions called “Buzz Time.” These sessions were described as times that students could engage in different hobbies, receive tutoring and focus on their future careers.

“I would like to learn Spanish, and the cords are great for graduation,” Langley said. “We learned about the induction ceremony, and we talked about the future volunteer opportunities that we’re going to do.”

“Last year, I had been to some learning sessions on how games could be impactful, and that’s what I wanted to try and get done,” Lanier said. “I wanted games that weren’t totally mindless, but that took some strategy to solve; most students are using thinking skills to do it, and they’re having fun and learning.”

Buzz Time is also being used to address some of the more concerning issues that teachers do not always have time for during a normal school day. English teacher Melissa Henry chose to advise a Buzz Time session called “How to be Happy.”

“I took an online course at the University of Berkeley for the Greater Good Science Center, and it was about positive research and positive psychology research,” Henry said. “One of the focuses of that class was practices that we can use to cultivate a higher level of happiness in ourselves. So, neuroscientists, scientists who study the brain, have found that there is a list of research-based practices that you can do that often over time increase your level of happiness.”

Some of the practices that can increase the level of happiness are mindfulness, gratitude and  exercises that release dopamine.

Henry believes having conversations about emotions is significant for students.

“I believe that emotions are super important for how we’re able to learn during the day,” Henry said. “Sometimes we want to sweep them under the rug, but the truth is, it really makes a difference on whether or not you can focus in class.”

Buzz Time sessions are also a great way to help students prepare for future tasks, such as getting a job. Special Education teacher Becky Runnels decided to advise a job and interviewing skills session.

“I teach a career class for special education students, so we teach job skills, dress for success and banking,” Runnels said.

Runnels has already been able to provide opportunities to all of her students to help prepare them for the future.

“Kids can work and make money through this grant that I’ve got,” Runnels said. “I’ve got a ton of kids working out on campus, and I’ve got interns who are working through the internship program; they’ll get paid minimum wage.”

Runnels will prepare students for job interviews in her Buzz Time session.

“I have some worksheets that we will be working on, and they’re going to do some of the most typical interview questions,” Runnels said.  “[Questions like] ‘Tell me a little bit about yourself.’ [Students should] think about it before [they] go in there and [not] ask about salaries right off the bat.”

Buzz Time was implemented not only as an enrichment period for students, but also as a way for teachers and students to bond over similar interests.

Counselor Jenny Watkins has been involved with advisory and Buzz Time planning from the beginning. The whole process started with a survey.

“[The students who took the survey] three or four years ago wanted more time to learn [different] things, they wanted more meaningful relationships with their teachers and peers, they wanted more relevant [information] being taught to them and they wanted our bigger campus to feel smaller,” Watkins said. “We implemented houses hoping to get that little community to be a part of the bigger community, [and] we are trying physically with the construction to make our campus feel smaller.”

STEM, Health and Human Services, Arts and Communication and Business are the four houses that students were separated into. The idea for an advisory period was then created, allowing students time during the school day to focus on their goals after high school.

“With our advisory time coming into play, we know that there is not enough time in the day for our students to get the tutoring that they need, the study time that they need or sometimes they just need a brain break,” Watkins said. “So let’s go on a walk, let’s meditate.”

Buzz Time also allows teachers to show students aspects of their personality outside of the boundaries of their job.

“Teachers are people just like [students] are, so this allows them to [take part in] enrichment activities that are similar to their hobbies,” Watkins said. “[Buzz Time] allows our teachers to show that they are more than just robots.”