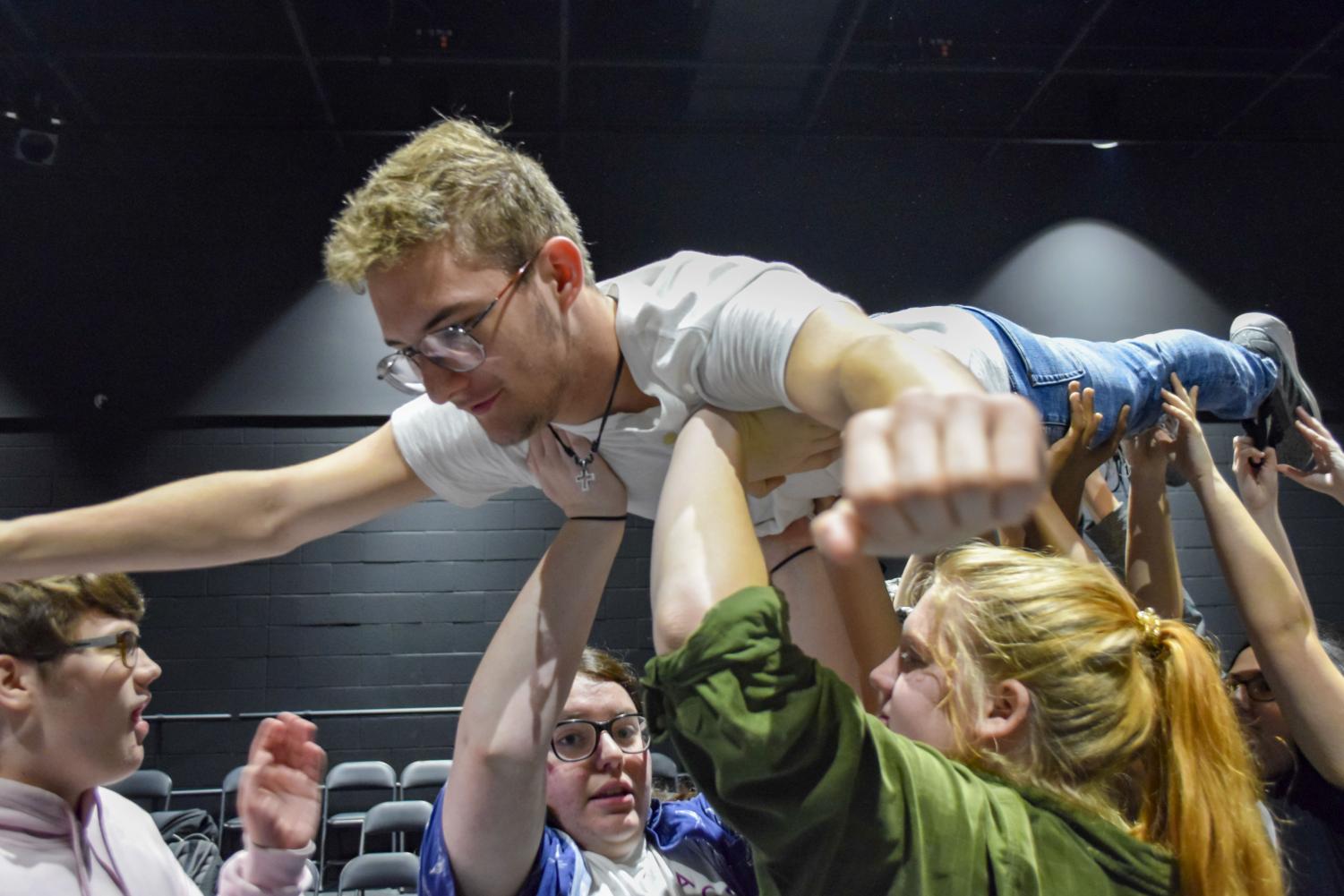 “Peter and the Starcatcher” Premieres Nov. 14

“Peter and the Starcatcher,” the fall play presented by Stage Management, is a whimsical and humorous prequel to Peter Pan that tells the origin story of the boy who never grows up and his notorious arch-nemesis Black Stache. Originally a novel by Dave Barry and Pearson Ridley, “Peter and the Starcatcher” now takes the stage as a lively adaptation.

When the worlds of Boy, a miserable orphan, and Molly, a starcatcher, collide, they band together to protect a trunk filled with dangerous stardust from the villainous hands of Black Stache.

Taking on his first lead role, junior Ben Levisee portrays the character of Boy who eventually adopts the child-like persona of Peter Pan. With his life turned upside down in the midst of a demanding mission and wicked antagonist, Boy undergoes a major personality shift.

“In the beginning, he is super depressed,” Levisee said. “He’s not happy about anything, he’s an orphan. He does develop, you see him get happier and he’s more outgoing. He does stuff for everyone else. He’s for everybody, saving people.”

Molly, an ambitious and independent young girl played by senior Annslee Clay, takes Boy and the other orphans under her wing throughout the play during their quest to overcome the forces of pirates and thieves. Clay’s personality reflects that of her character’s.

“She loves to be in charge and is kind of a control freak,” Clay said. “I like being a leader and so does she. She’s very kind to the people around her.”

In productions of “Peter and the Starcatcher,” the young characters are usually played by adults. In this case, high schoolers closer to the ages of Boy, Molly and the other orphans or characters take on the roles, which Clay admires.

“It’s kind of cool that I get to play this character while I’m growing up,” Clay said.

Portraying a role of a different gender, senior Ella Hill plays Black Stache, who is hard to miss with his trademark moustache and brash characteristics.

“He tries to act smart, he wants people to think he’s smart, but he doesn’t know what he’s talking about half the time,” Hill said. “He just wants to be known as the fabulous, clever pirate who stole the queen’s treasure. He speaks in rhymes. He’s insanely loud and he screams all the time.”

In order to accurately convey the chaotic nature of Black Stache, Hill attempts to place herself in his shoes.

“I just try to go into my head space,” Hill said. “If I was Captain Hook, and my entire life boiled down to running after one child, how would I act?”

While Boy transforms into Peter Pan as the play progresses, Stache also experiences life-changing events that morph him into the infamous Captain Hook.

The play takes the audience on a magical journey, exhibiting themes of growth, friendship and perseverance. Performed in a school setting, students can resonate with these themes, as similar to Boy, their environment and peers can influence their character and actions.

“You get to see Peter Pan get shaped by the people around him,” Hill said.