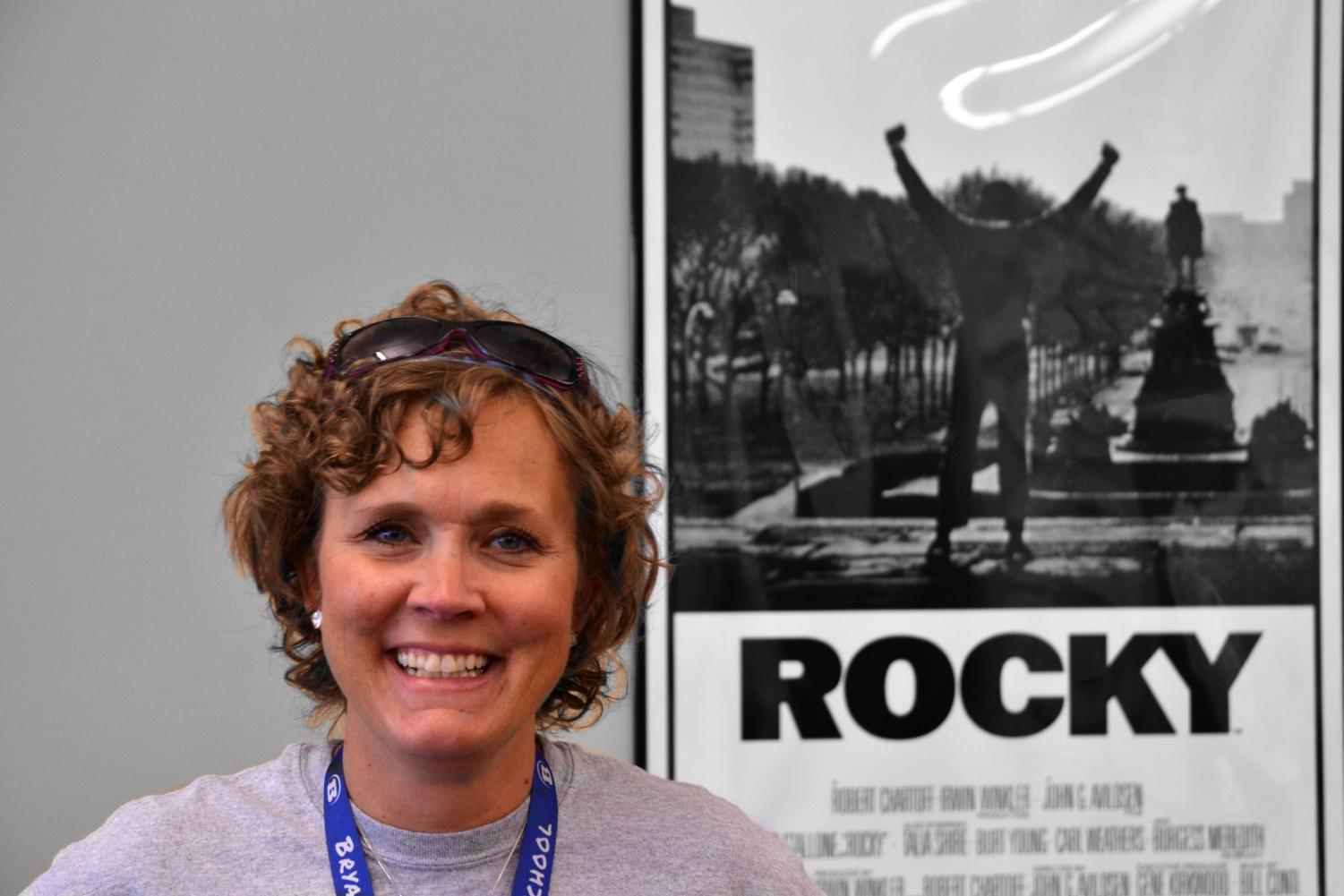 The life-changing nightmare of having a brain tumor is something no one wants to bear. For film teacher and girls soccer coach Nicole Inman, that nightmare turned out to be her reality. She had not one, but two brain tumors. While she is still going through her battle, a “hope-warrior” spirit remains instilled in her.

In 2018, approximately 700,000 people in the United States had some form of a brain tumor, according to the American Brain Tumor Association. Nearly 80,000 new cases of primary brain tumors are expected to be diagnosed this year. Inman has completed her chemo and radiation therapy, now going in for monthly MRIs. Throughout her ongoing treatments and as she still recovers, many teachers and coaches have helped her by bringing her meals. Along with the teachers and coaches, Inman is appreciative of her students.

“I feel very blessed every day just to have the opportunity to have so many great students in my classes [that] help me laugh, make me enjoy being here and giv[e] me the energy I need,” Inman said.

Inman, as well as her daughter, junior Ashton Inman, is thankful for those who help her out. Ashton appreciates the helping hands and meals that are brought not only for her mom but for their whole family as well.

“We can see a sense of community around us, [and] we really just feel loved and thankful,” Ashton said.

Inman’s blog, created when she was first diagnosed, is still up and running. Although it has not been recently updated, she is constantly thinking of ideas and pictures for it. There she writes about her life, the people around her and the experiences she has been able to have with other people.

“I know people want to know how I am feeling, and I’ve been fortunate to feel really good,” Inman said. “I’m tired sometimes, but I won’t let tire bring me down. I just keep going.”

This experience has significantly changed Inman. One of the biggest things she has realized is how prepared she was for this. She is thankful for the journey she is on, because she gets to experience many things that a lot of people do not get to see.

“I get to sit in the front row and watch God do some amazing things in front of me,” Inman said. “I am very fortunate for that part of it.”

Not only has Inman noticed change in herself, but she has seen a difference in those around her. Because many students are aware of the struggle that she has been through, they are more likely to share with her about struggles in their life as well. Inman is always happy to listen to her students.

“I’m happy to love on them, help them and encourage them, and pray for them if they want me to; or even if they don’t, I do anyway,” Inman said with a soft laugh.

Ashton Inman has also noticed a change in herself and her family as a whole from this experience. She says she has grown closer to her family and her relationship with God has strengthened.

“I’ve had to rely on what His plans are, and not mine,” Inman said. “I’ve learned that there are some things in life that I can’t control, and I just have to trust the Lord and be there for others when they need it. I might not know what others are going through, but I need to be kind no matter what.”

Ashton admires her mom the same way students and others do. Not only is she inspired by her mother to be strong as a woman, but she also admires the dedication Nicole Inman has to her faith.

“Throughout this experience, she hasn’t gotten mad or sad,” Ashton said. “She uses this for God’s Glory. I don’t want it to happen to anyone, but if I had to pick someone, it would be her because no one else is as strong in their faith as her.”

Nicole Inman is grateful to have an encouraging church filled with supportive people. Her fellow church members at Geyer Springs help her with anything she needs, whether it be giving her kids rides, making copies for her or any other task she needs done.

“People want to help, usually,” Inman said. A lot of times when we go through things, we don’t really let people help us. We were made to help people, and so I have been given the opportunity to allow people to do that. I want to give them the blessing of being able to do something because we always feel good when we do stuff for other people. I’ve used this journey to hopefully encourage people to continue ministering to other people and helping other people. I know when I would do it, I would feel great, so I’m never going to say no to somebody that wants to help me.”

Inman encourages all to reach out to anyone going through a hard time. She believes that everyone needs a friend or peer to talk to and help them through their struggles.

“There are students or people in this school that don’t have people around them,” Inman said. “It is hard to go through this stuff by yourself, so ask them, ‘How can I help you?’ Invite and encourage other people to be a part of what you’re doing, because it makes a huge difference in people’s lives, whether they are going through something or not.”