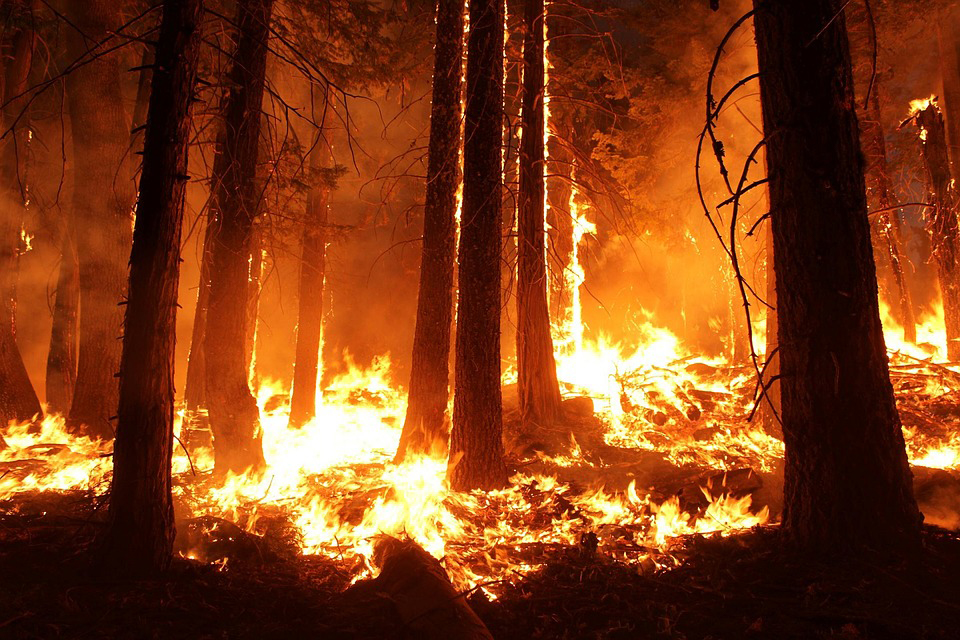 The lungs of the world are feared to be on the brink of collapse. This year, forest fires in the Amazon rainforest have increased over 80 percent compared to 2018. The repercussions of deforestation by the farming and logging industry has brought more attention to the environmental problems, as well as the inadequacy of the Brazilian government’s assistance in the matter. Many believe that the lessening of a buffer from greenhouse gases and an increase in carbon dioxide has contributed to these fires, affecting the environment and adding to the growing issues of climate change.

With family back home in Brazil, sophomore Pedro Goncalves was sad to discover the news.

“It’s a problem to Brazilians, to the world,” Goncalves said. “[It does not affect me as much] because I’m not there, but it is a big part of Brazil. It hurts the animals, trees and oxygen. It [affects] Brazil and here, too.”

Goncalves hopes that the issue will be resolved and that the Amazon will return to its flourishing state. He plans to return there early next year.

“I’ll only be here for eight more months, and then I’ll go back,” Goncalves said.

AP Environmental Science teacher Jeremy Jenkins also shares concern over the fires when considering the reduction in number of trees and a greater output of carbon dioxide. Regarding the government of Brazil’s lack of control over deforestation, he believes the matter will only continue in a downward spiral to worsened climate conditions.

Many have attempted to bring attention to the issue on social media, gathering donations and sharing love and support. Celebrities including Leonardo DiCaprio and other social media influencers have encouraged support, as well as Bryant students. Junior Josie Roach is one of many who have sought to bring awareness to the issue.

“It was an Instagram post that I saw,” Roach said. “It was a picture of [the Amazon] burning, and said it had been burning for about three days and there hadn’t been any coverage on it, which I thought was insane for something so devastating. I use social media as a platform to send out information I believe is important, and after doing research on the fires, I reposted it to get the word out so others were aware. I hope this will open their eyes to this problem.”

In late August, Brazil’s president Jair Bolsonaro rejected millions of dollars in aid from the G7 countries, causing an outbreak of various reactions, including protests urging him to accept the money and counterattacks with the objection that it would be offensive to Brazil’s sovereignty.

“I fully disagree [with Bolsonaro not accepting the aid] in the sense that it seemed to be more of a pride thing, like an embarrassment that he had,” Roach said. “It’s not just Brazil’s place; it’s everyone’s. It’s a part of our planet, and we all benefit from the rainforest, so I believe we should all be coming together in this matter.”

AP Human Geography teacher Brandon Bagwell, on the other hand, understands Bolsonaro’s reasoning behind his decision to deny aid.

“I understand where the president is coming from by saying that he doesn’t necessarily need $10 to 20 million,” Bagwell said. “The Amazon endowment fund has hundreds of millions of dollars allocated to help curb the issues. He viewed the offer as one with ulterior motives and didn’t want to feel like a nation being imperialized by Europeans.”

While many support the idea that the Amazon is the backbone of the world’s supply of oxygen, Bagwell believes that the extent of reliance upon the forest is not as great as some claim. Nonetheless, he knows the fires are a substantial threat and disapproves of governments’ neglect of the environment.

“Many are calling the rainforest the ‘lungs’ of the planet, but that isn’t necessarily true,” Bagwell said. “I think [the fires] are harmful, but maybe not to the extreme that some people have taken it. Millions of trees in the area are extremely old and dying already, which means that they are decaying and emitting greenhouse gases already. Forest fires aren’t a new trend; in fact, they’re often healthy for a forest when regulated, but at this rate, it is hard to see a speedy recovery. Ultimately, I think that governments around the world need to stop putting business and profit at the front of their agenda and focus on restoring the Earth for generations to come.”

Jenkins agrees there is a lack of reinforcement by governments in the problem of climate change and acknowledges that people, regardless of whether or not they assist or ignore the issue all together, are the primary cause.

“People will continue to take natural resources and our planet’s well-being for granted,” Jenkins said. “The fires have occurred due to the Brazilian government becoming more lenient and allowing the deforestation for the purpose of boosting their economy through agriculture, mainly cattle grazing and sugar cane plantations. This is setting a bad precedent for a government to side with economic growth at the detriment of the environment. Eventually, the natural resources will run out, and there will be nothing for the economy to use.”

As the Amazon fires and controversy remain prominent in the news, Roach hopes to continue to raise awareness and prove that unity in the face of this hardship is the key to overcoming it.

“I think the biggest issue with people is that they do not want to know, that they don’t care,” Roach said. “You should care, because this is your world. You might think, ‘Well, I’m not going to be here that much longer. Nothing is going to change in the next 60 years,’ but you have to consider your children and the future. This could be a completely different world. Make yourself aware and educated on these things. Change happens when you branch out and try to help. Make a difference.”