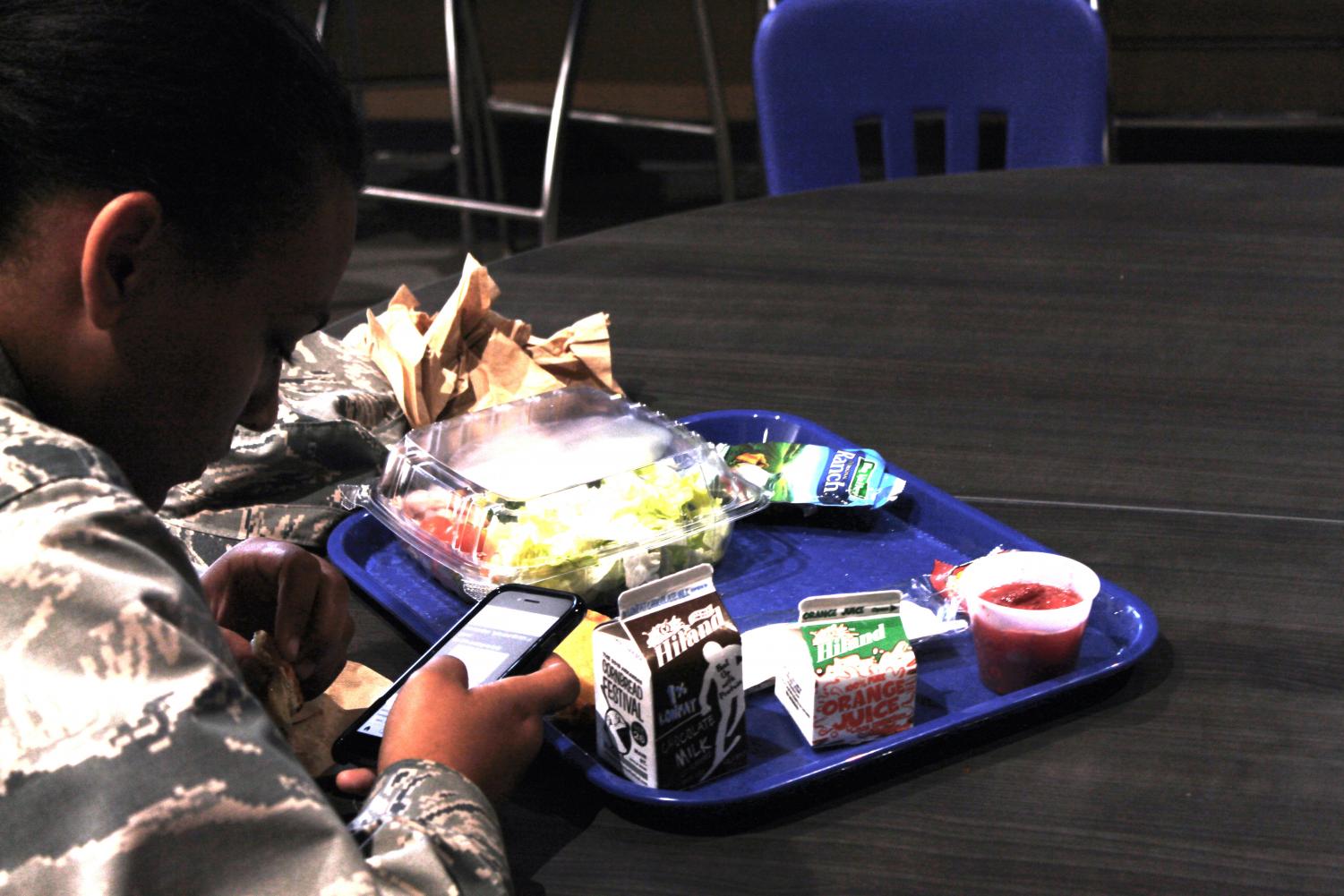 Gleaming tile, convenient charging stations, hundreds of seats and several food stations awaited students in the new cafeteria that opened in August after five years in the making. While there were setbacks in the first week of lunches, faculty and students have settled into the new cafeteria and improved its efficiency.

One student who eats from the cafeteria is sophomore Kaylee Wells.

“It was bad with the first week, but it’s gotten better,” Wells said. “I think it’s really big and clean. It’s way better than the old cafeteria.”

Lisa Stogsdill, the food service director for the Bryant School District, feels the cafeteria has been a success.

“For the last two years, there’s been a lot going into it, [like] deciding what would go into the cafeteria, deciding what stations we would have and figuring out what we would need to purchase,” Stogsdill said. “Everything was going well until the first week of school when we were just using way more [food] than anticipated. We were on the phone trying to get more food in every day.”

It wasn’t that the number of students ordering lunches was underestimated, but rather that over 300 students ordered from more than one station, which counted as a second meal. While this originally overwhelmed cafeteria lines and staff, the situation has been mostly resolved. 79.8% of surveyed students rated the cafeteria service as average or above average. Sophomore Raliegh Brown agrees the food is good.

“I used to get pizza or noodles,” Brown said. “Now that the smoothies came out, I just get smoothies.”

Many students are still unsatisfied with some aspects of the cafeteria. For students with free or reduced lunches, food from a second station costs as much as a normal one.

With the popularity of the cafeteria comes more demand, and inevitably more waiting time.

“I feel like we have enough time to eat,” Brown said. “It’s just the lines are so long. Maybe they could split them up somehow.”

Cafeteria staff are working to resolve student complaints. Stogsdill has implemented a cart to buy food with cash in order to relieve pressure on lines.

“The first week, I don’t know if [anyone] noticed, but we had the superintendent [Dr. Karen Walters] coming in and helping with everything,” Stogdill said.

Bryant is the only school district in Saline County to not outsource their food service or hire another company to handle cafeteria service.

“We stay in the black, and thanks to our wonderful cafeteria staff, food is not wasted,” Stogdill said.

The previous cafeteria, which has been torn down, is generally regarded as not as good as the new one. Brown has experienced both the old and new cafeterias, and agrees with Wells that the new one is an improvement.

“The new one is definitely better,” Wells said.