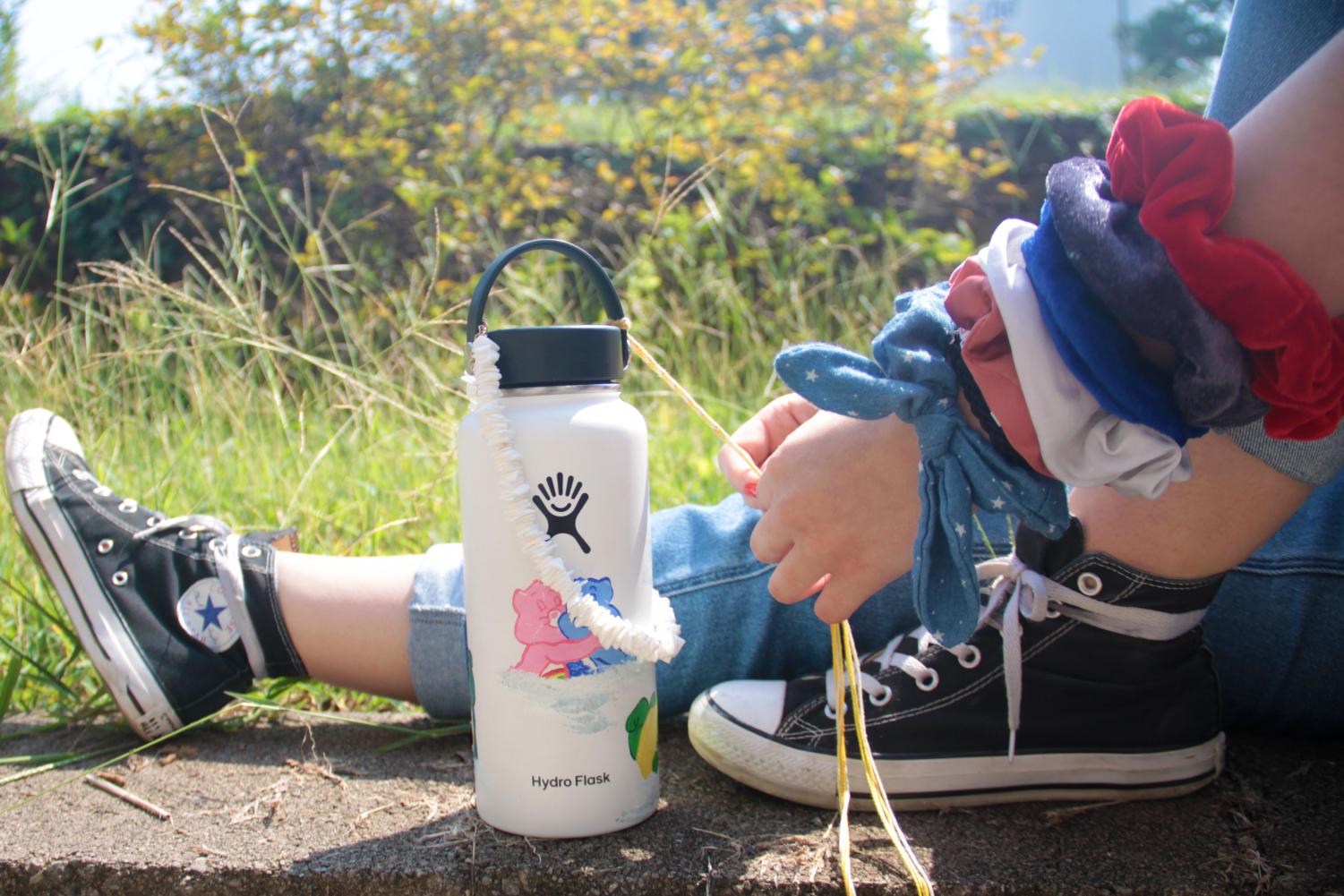 This article is satire and is not meant to be taken seriously.

You see them in the halls at school, at the store and all over the internet, wearing oversized tee shirts, Birkenstocks, puka shell necklaces and scrunchies, all while carrying their eco-friendly Hydro Flasks, which when dropped, result in the loudest sound known to man. The sound of a dropped Hydro Flask surpasses the sound of the Krakatoa volcanic eruption in 1883, which was rated at 310 decibels.

Participants in this new epidemic respond to the title of “VSCO Girl.”

Starting in May of 2019, the internet and people IRL have been going utterly bonkers over the new trend, started by predominantly rich white girls.

While the app that this trend revolves around, VSCO, was founded in 2011, the trend is just now making headway in modern society due to a different social media app, Twitter. After much deliberation, society has responded to this trend with the only thing that it is capable of: mockery.

The internet is now filled with commentary on followers of this trend, most of which is trashing on these young teens. Those with no happiness in their lives, no care for the sea turtles and disbelief in climate change have made it their goal to debunk all happiness anywhere.

There are videos all over the social media platform TikTok poking fun at VSCO girls. Many videos include people with off-brand necklaces and Hydro Flasks, oversized tee shirts and a hoard of scrunchies saying “and I oop–” and “sksksksksksksk.”

Along with these videos, there are people IRL picketing against this trend. Middle-aged Americans stand outside their state capitols with signs reading “THIS EPIDEMAC NEED TO END,” “VSCO=SATIN” and “THERE BRAINWARSHING ARE CHILDREN.” VSCO girls, and even the rare VSCO boy, have been fighting for their basic human rights for the past four months, and they are losing fast.

Unlike other social movements, this fight escalated quickly. Upon first hearing of this “epidemic,” parents of younger children immediately stood their ground to shut down these teenagers who are simply trying to be themselves. According to many, these teens are “out of line,” “bad influences” and are “highly disruptive and annoying.” While some who are wary claim that it’s “just a phase,” those with strong feelings on the matter will not accept it as a phase or otherwise.

Along with the riots at state capitols, schools have been thrown into turmoil. Students walk the halls in search for their next VSCO victim; there have been many cases of students leaving school with concussions caused by their own Hydro Flasks, and many VSCO girls have stopped wearing puka shell necklaces because of the choking hazard. Many decide not to show up to school at all. Hospitals have started to deny treatment to VSCO girls due to the controversy.

Safe spaces for these teens are few and far between. Those who take the risk to befriend and help them risk being excommunicated from their friend groups, and in more extreme cases, their families.

Who would have thought that such an innocent gesture of individuality would spur such controversy. As Americans, our society is founded upon the basis of individuality, but of late, we seem to have forgotten that, at least when it comes to VSCO girls.

While we have made leaps and strides with advancements in technology, the advancement inside of our hearts has grown very little since the beginning of time.

One can only hope that eventually we will learn from this backlash towards VSCO girls and put these days behind us. One day, any and everyone will be able to freely “a sksksksksksk” and “and I oop-.