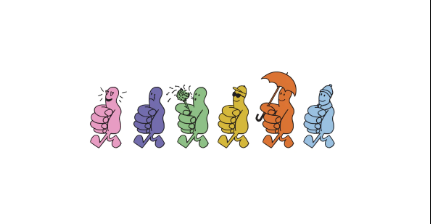 Produced in the span of twelve days, Rex Orange County’s newest album “WHO CARES?” has become a massive hit all over the world. The album’s unique aspects are considerably different from anything else the artist has created before. For example, there is an almost constant use of strings throughout the album, which is a new style Rex Orange County has adopted. Many fans took it upon themselves to rate the album, so I decided to rate it myself:

Throughout the album, there is a strong message of personal growth. In just the first track, “KEEP IT UP” starts off with a more melancholy tone and talks about personal issues that happen all whilst there is an upbeat melody in the background. After a bit, the lyrics turn more motivational and positive, signaling that there is a lot to gain from negative situations. (8/10)

The transition into “OPEN A WINDOW” is unlike any other sound that Rex Orange County has ever used before. Rex Orange County’s portion of the song is good, but very repetitive in a sense where you feel as if he is asking the same question over and over again, yet it is relatively spaced out to where it is not grating to the ears. After a few listens, it becomes apparent that the lyrics may have been written faster than a few of his other songs in the past. Tyler, The Creator’s entrance and portion of the song is what carries the entire tune. His unique sound and variance in lyrics makes the song feel not as repetitive. (7/10)

The immediate transition into the track “WORTH IT” is a bit confusing and a sudden shift in the vibe that has been created throughout so far, especially with the use of more strings and orchestral sounds that have been incorporated into this project. The beginning of the song is very relaxing, and makes the listener feel peaceful. Rex Orange County’s entrance into the song is very sudden, yet welcomed. With a new beat added and lyrics discussing messing up and choosing to get over struggles, the track is very unique and is unlike any other track made before by him. The incorporation of strings throughout the piece and the usage of dynamic contrast with them throughout gives the piece a more magical sense. (8/10)

“AMAZING” is one of the more catchy and lyric-heavy songs on the project. The track combines simple beats, strings and romantic lyrics to create a simple, yet sweet love song. Despite being very heavy on lyrics, the layering of the song itself with the backgrounds and strings is excellent, making the focus very clear and it is also easier to understand what the true message of the song is. (9/10)

Moving on to “ONE IN A MILLION”, Rex Orange County wastes no time getting to the point of what the track is all about. The lyrics convey a confession of love to another person, discussing in depth the impact that the other person has had on their emotions. The overall mixing and transitions of the track really tie a ribbon on the entire package. There is no time for the listener to be bored or to be questioning the meaning behind the track. This is one of the most emotional songs in the album, with vocals being a strong part of the overall message. The lyrics feel very raw, which is one of the many charms of Rex Orange County’s work. This is easily one of the best tracks on the album and perhaps one of the best and catchiest in his discography. (10/10)

The sudden shift into more electronic music in “IF YOU WANT IT” is very jarring and unexpected. This track is unlike any other one made before in Rex Orange County’s entire discography and made me consider why something this unique would be in an album of this nature. After giving it a few listens, it’s grown on me and I feel that it is very catchy, but just very different compared to anything else. I appreciate the variety in styles, though. The mixing on this track is pretty good, especially considering that it is a brand new style. (8/10)

“7AM” starts with a simple beat, and then blossoms into a larger melody with the addition of strings. The track feels pretty basic at first, but with the help of the strings, it makes it more complex and more enjoyable to listen to. Overall, this track isn’t one of the most artistic in the sense of complexity and range that Rex Orange County has displayed previously, so I wouldn’t see it being the fan favorite of the album. (5/10)

“THE SHADE” makes a lot more sense in the style that we are used to seeing from Rex Orange County. Especially with this album, it fits in more with the style that is most prevalent throughout the project. The track itself is very catchy and simple, but he makes it work. Lyrically, this track tells more of a story and makes more sense rather than the repetitive lyrics that has been seen earlier in the album. Throughout his discography, Rex Orange County is known for telling stories and having more emotion in his songs, so I am pleased to see that this album isn’t an entire separation from his past style. (9/10)

The beginning of “MAKING TIME” is very orchestral and pleasing to listen to. The only downside of the track is the very few variance in lyrics. The song is very simple, and almost bland. There is a lot more potential that could be reached with more additions to the track, and I wish that it was longer. The simplicity still makes it enjoyable since there is movement throughout and a nice flow is established. (7/10)

“SHOOT ME DOWN” is probably the most emotional track on the album. The vocals used show grit and determination, which is a hard feat to achieve. This track feels a lot like the older albums that Rex Orange County has had before, and almost feels like it could fit into “Apricot Princess”, his second album. The track reflects strength and struggles that have been faced, and the personal growth that is reflected just in this track is inspirational. I can see this being a fan favorite, especially since there is a story people can fit into and relate to. It isn’t just lyrics to a catchy beat. (10/10)

“WHO CARES?” wraps up the album in a nice way, with a beat that feels familiar to the rest of the album. The message and difference in meaning between asking “Who Cares?” is very noticeable and interesting to listen to. The message in this track is very artistic, seeing as it is yet again reflecting the message of growth in a person. This track may not be one that you may dance to, but it is definitely one that will make you think and make your brain feel all nice inside. (9/10)

Overall, the album has had an overall positive reaction from fans. Rex Orange County begins his latest tour on his birthday, May 4 in Miami, Florida. The tour is set to run through the United States, and then moves on to other places around the world.