Truth Social: Is It For Everyone? 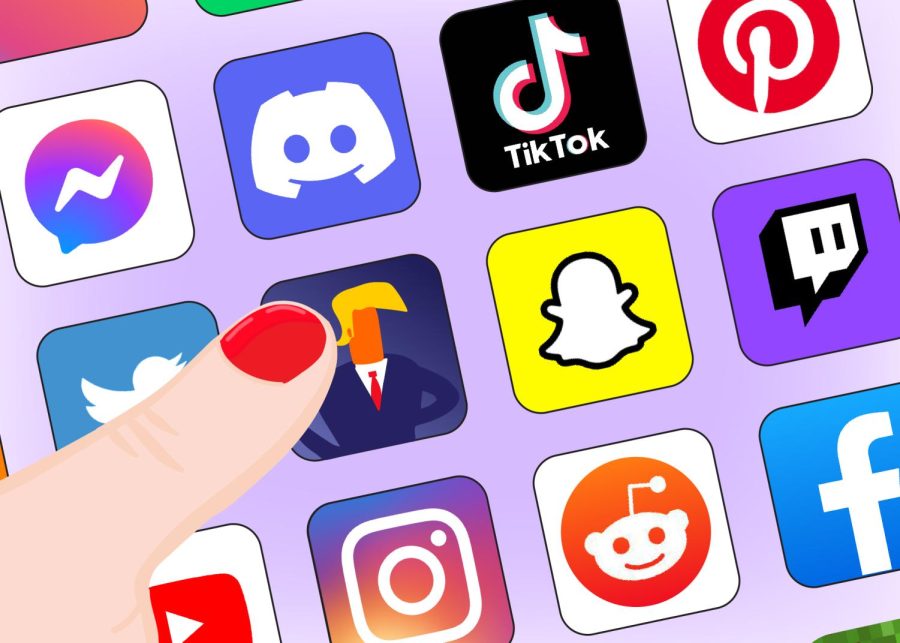 This app allows users to make posts called truths, share other posts by retruthing them, and will have a newsfeed called a truthfeed. The app entered Beta testing December 2021 and is set to launch on February 21, 2022.

According to TRUTH Social’s official website, TRUTH Social will aim to be a “social media platform that encourages an open, free, and honest global conversation without discriminating against political ideology”.

Bryant High School hosts two political clubs– Young Republicans and Young Democrats– for students who are interested in the politics of today. Both of these clubs meet before school monthly to discuss their political ideas and opinions, attend events to support their parties and discuss upcoming events.

Students such as Young Democrat president senior Madeleine Amox fear that the platform could become overrun with harassment and propaganda.

“[Trump] has the complete right to open the forum but my main concern is it’s going to become another platform like 4Chan. I know he’s pushing the message that ‘it’s unbiased for both parties and both sides,’ but the main demographic he’s targeting are far-right activists.”Amox said.

Young Republican president senior Hayden Wylie advocates for freedom of expression, but he feels the platform will not be as attractive to both political parties.

“I totally understand that he’s angry about Twitter banning him. I also see why he wants to create a new platform where he can express his First Amendment right, which is to talk about these issues and not be silenced. I feel it’s going to be channeled into only Republicans using it because Trump made it.” Wylie said.

Due to TRUTH Social’s potential for attracting division, students are hesitant to use the app.

Social media platforms have played a larger role in the consumption of news and influencing today’s generation than professional news outlets.

“A lot of people our age don’t sit down and watch the news or read the newspaper,” Saveedra states,“so finding different ways to follow news media and seeing the news that way. Social media is helpful in that way.” 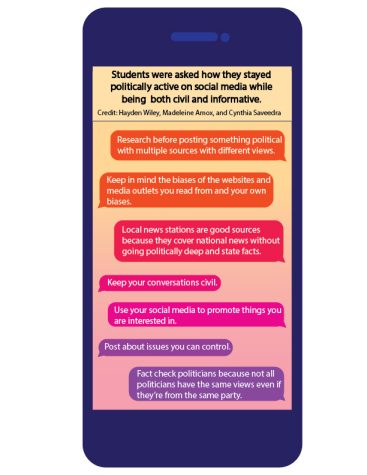 Fears of social media being used for misinformation have grown especially during the height of the Coronavirus epidemic with users spreading conspiracy theories such as how ingesting bleach would cure the virus. However, some hope that social media can be a place for discussion and growth.

Wylie said, “I feel social media should allow people to express their views, see other people’s views and allow themself for personal growth, and try to better themselves in knowledge of what they’re interested in.”

While fears of misinformation continue, students are optimistic about using their social media as a way to healthily exercise their freedom of speech.

“Whenever we post something politically, we need to understand the actual process and also make sure that this is something our politicians can actually change and that we are bringing awareness to something that we can have an impact on rather than just posting something that’s going to polarize us even more,” Amox said.