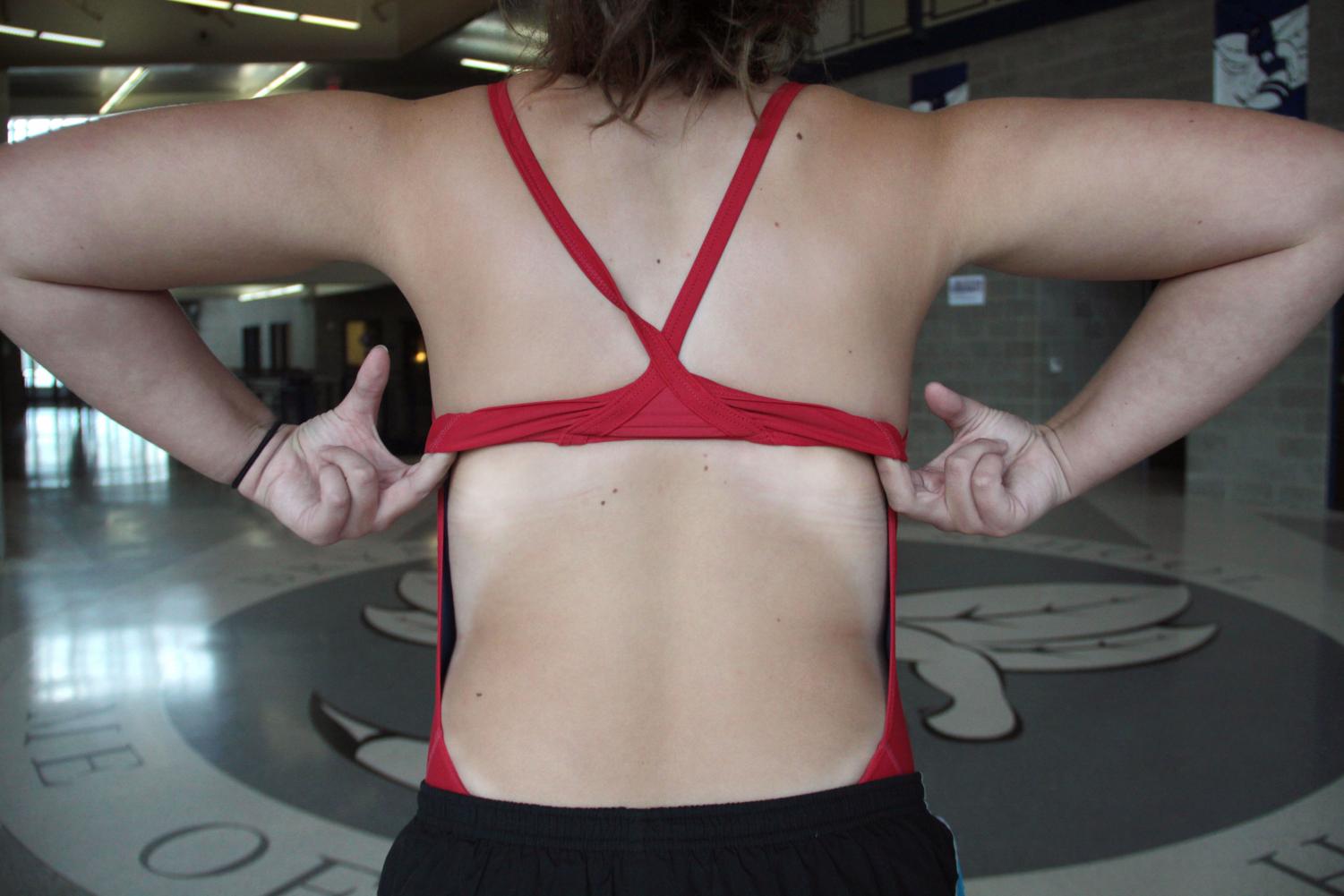 Effects of the Sun

As homecoming season rolls around, students, particularly girls, use various forms of tanning such tanning beds, outdoor tanning, spray tans and more to prep their skin. Depending on the tanning methods they use, the effects that could result later in their lives could be life-threatening.

Skin-related cancer is the most common type of cancer in America. One in five Americans will develop skin cancer in their lifetime, according to the American Academy of Dermatology. While caucasians are the most at risk to get skin cancer, it is possible that anyone may succumb to it. Senior Meredith Medford is at high risk because of the amount of sun exposure she experiences working as a lifeguard at Hurricane Golf and Country Club.

“I work Monday through Saturdays for the most part, so I am out in the sun for three to six hours every single day,” Medford said. “I know the effects that skin cancer has, and my mom makes me wear sunscreen, but I don’t always use it.”

Not only does she get exposure in the sun from lifeguarding, but she also used to play golf for the high school team and currently practices outside with the Legacy competitive band as a vocalist. Even though skin cancer or other sun-related skin diseases do not run in her family, Medford tries to be cautious about her time in the sun.

“Last year, we had a scare, because I don’t put on sunscreen as much as I should,” Medford said. “I had to go to the dermatologist just to get some spots and freckles checked out. Everything was good, but she told me to wear more sunscreen.”

Approximately 36% of students who responded to a Prospective survey do not apply any sunscreen when outside for a long period of time. Sports Medicine teacher Bree Keith recommends that athletes or anyone who is in the sun regularly put on sunscreen as well as protective gear against UV rays if the sport allows. She says the sports version of sunscreen is the best for athletes because it is sweat-resistant and can protect the eyes from damage.

“Too much sun exposure can cause a greater chance of skin cancer,” Keith said. “Most athletes are prepared for the things that could happen while playing sports, but few are thinking long-term enough to consider skin cancer or premature aging due to sun exposure. Another thing most athletes don’t realize is that it doesn’t just affect your face, but the entire body–any skin exposed to the sun for extended periods of time.”

Despite not having any serious sun damage, Medford is aware that the sun is still causing harm to her skin. She also is aware of the possibilities if the sun does severely damage her skin. She believes sunscreen is important and a necessity for everyone.

“I haven’t noticed any long-term effects, but I do notice that my skin gets more dry faster, so I have to moisturize more frequently,” Medford said. “I’ve heard horror stories of people having to get things cut or frozen off, which is kind of scary in general.”

Junior Josie Roach is also aware of the potentially negative effects of sun exposure. Despite this, she is one of 65% of students who say they have been tanning in some form. During the summer, Roach would tan outside by her pool about four times a week. She even tried a tanning bed once a week for a month for prom. Even though she knows of the effects, Roach tans because it makes her feel more confident.

“I go tanning because I really love the way I look when I’m tan,” Roach said. “I feel like I just look more healthy. Also, my mom is really tan and always has been, and I think she is the most beautiful woman alive, [so] I want to look like her.”

Because there aren’t any skin-related problems in her family, Roach does not consider the potential outcomes of sun exposure. Unlike many people, her skin tans easily instead of burning. Even though she is frequently in the sun, she wouldn’t recommend others tan as much as she does.

“This might sound awful, but I never put on sunscreen,” Roach said. “I don’t like the way it feels on my skin. I do understand how more fair-skinned people would be worried, because the sun is extremely powerful, and it does have negative side effects. If I ever have kids, they won’t be out in the sun like I have been.”

Roach has tried a spray tan as an alternative to sun-exposed tanning. This is a healthier alternative to sun tanning or tanning beds, because it does not damage the skin. However, the results are not always preferred to real tanning. Like many others who have tried spray tans, she didn’t like the way it turned out.

“They would end up looking too dark, too white too orange, or it would leave streaks,” Roach said. “I also didn’t see the point in paying for a spray tan when my skin tans so well. I think everyone should use sunscreen though. Your skin is extremely important. Unfortunately, I just never got into the habit of doing so.”