On My Block Review 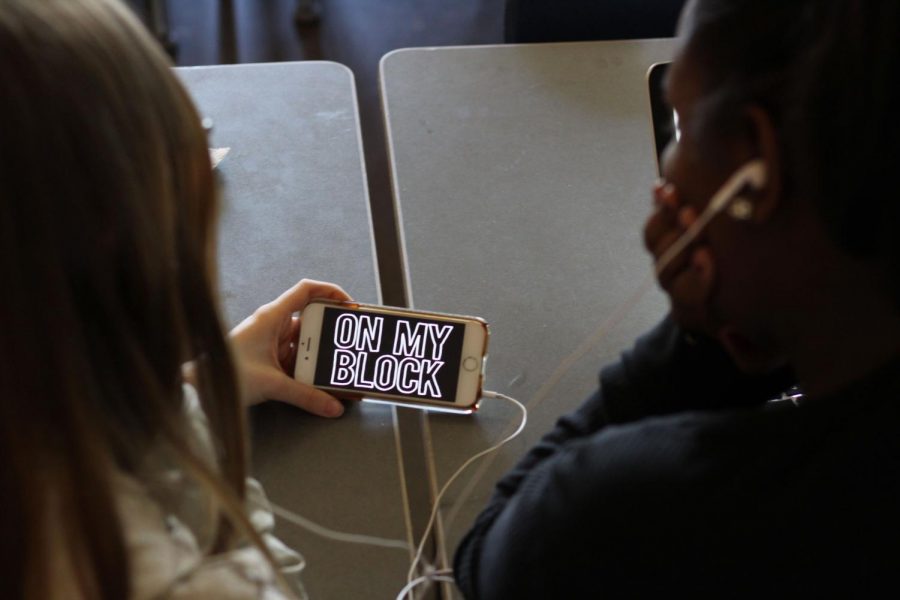 Continuing their success, Netflix has produced yet another top-rated show. The new show “On My Block” has impressed viewers by using characters to talk about real-world situations, such as involvement in gang life, entering high school and dealing with deportation. “On My Block” focuses on the troubles that happen in the lives of high schoolers.

“On My Block” is the perfect coming-of age story that uses a combination of comedy and drama. It has a 99% rating on Rotten Tomatoes. The story focuses on four main characters: Monse (Sierra Capri), Ruby (Jason Genao), Jamal (Bret Gray) and Cesar (Diego Tinoco), and the decisions and choices they have to make heading into high school.

The beginning of the series shows the “glow up” of the characters as they transfer from 8th graders to freshmen. Drama heats up right away after Cesar tells his gang that he “got together” with Monse, causing a rift in the crew.

By the second episode, everything is back to normal with their friendship. Monse, Jamal and Ruby try to save Cesar by getting him away from his brother, Oscar (Julio Macias), and away from the gang life. It brings up a topic that many people don’t understand. Kids are often born into the gang life and start breaking the law by the time they start high school. “On My Block” shows viewers a part of life that many people don’t want to believe.

By the third episode, the show takes a different turn and discusses the issue of women being objectified. The show continues to cover the topic of not only female objectification, but males too. In a world where sexual harassment continues to happen, the lesson brings to mind the importance of consent.

Toward the end of the season, Cesar and Monse get “rolled up on” by another gang member, Latrelle (Jahking Guillory). Cesar is forced to make the difficult decision of killing Latrelle or being killed himself. This part of the show makes clear to viewers that not everyone’s life is perfect, and high school students have to face heartbreaking decisions because of the families they find themselves in.

Overall, I enjoyed every episode of the series. The relatable high school life and new loves allowed for connection with the characters. The show not only relays real-life experiences but features a multicultural and ethnic group of characters and provides understanding about their fear of being deported or killed based upon the color of their skin or their heritage. “On My Block” explains to viewers that no matter your age, skin color or family background, there will always be someone who struggles with a more challenging path in life.