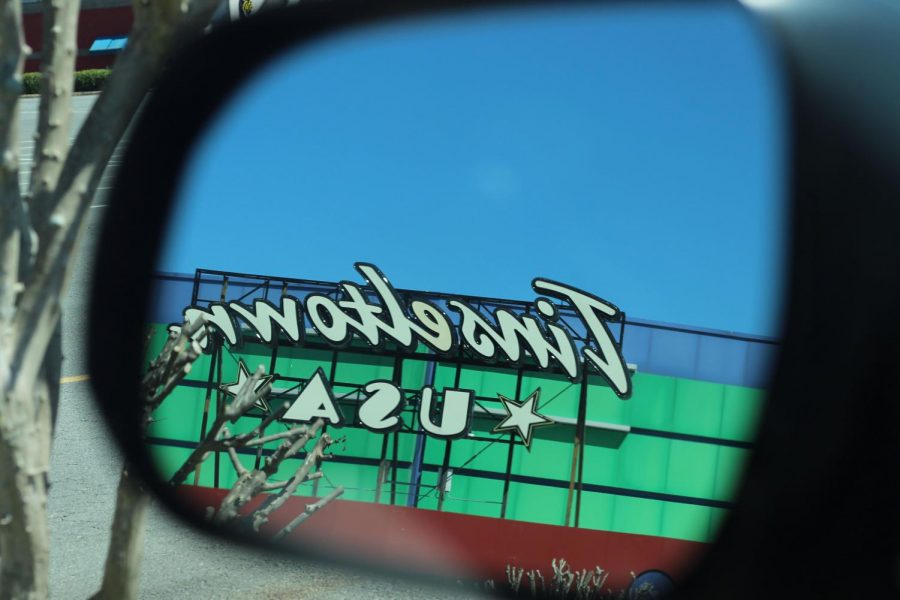 Tinseltown from the view of a side mirror.

In 2045, Halliday, the creator of a virtual reality world called Oasis, dies. Afterwards, he releases a video challenging all Oasis users to a contest to find three keys to unlock a hidden “easter egg.” The person who collects the egg inherits the Oasis and Halliday’s fortune. For Wade Watts, the challenge is on.

“Ready Player One” is directed by Steven Spielberg and stars Tye Sheridan, Olivia Cooke, Ben Mendelsohn and Mark Rylance.This film was a thorough surprise. I thought this was going to be mediocre due to the first trailer, which went on too long with horrible pacing. However, it turned out to be a huge surprise hit for me. The characters were not as stereotypical as I thought they would be, but they are still pretty cliche. The Oasis and reality scenes were handled very well, unlike a certain video game movie *cough cough, “Assassin’s Creed,” cough cough*.

Tye Sheridan as Wade Watts was a solid lead. At times, he would come off as the stereotypical, unfortunate underdog teen protagonist, but investigating the key challenges was one of the most intriguing parts of the movie. Olivia Cooke as Artemis, the typically edgy female protagonist and love interest, was a even more cliche than Wade Watts, but was entertaining to watch due to her humor and wit. Ben Mendelsohn as Sorrento was the usual business villain who wants to take over everything, but he had a certain menace as the film went on. Mark Rylance as Halliday was in the film a lot, despite his characters death at the start. When we get to see him, his character is represented with more emotion and depth than the main characters.

Overall, the characters are pretty cliche–your typical underdog hero, goofy and cool best friend and the love interest–but Mark Rylance was a stand out, and the characters’ interactions with each other are the better parts with them.

The way they integrated the Oasis into society was realistic–it is the planets biggest economic resource with almost every human on earth having access to it. The CGI was the best I’ve seen in a long time; everything looked great. The integration of characters from different franchises like Batman, Godzilla and others were done in a professional manner and not shoehorned for the sake of having an explosive action sequence. Steven Spielberg has made another hit. I give this film 8 out of 10 Iron Giants and Voltrons fighting MechaGodzilla.